Occupying 10 hectares of reclaimed land, Stonecutters Island Sewage Treatment Works (SCISTW), is a chemically enhanced primary treatment works. It is one of the largest and compactest sewage treatment works of its type in the world and also forms an important part of the Harbour Area Treatment Scheme (HATS). After the commissioning of HATS Stage 2A, the water quality of Victoria Harbour is significantly improved. The environmental concept was also included in the design of the facility, to enhance beautification and greening to the surrounding environment. 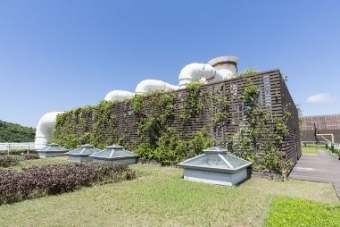 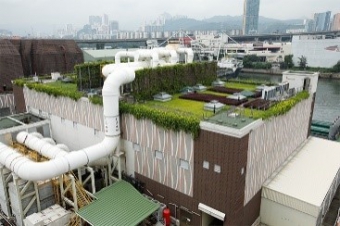 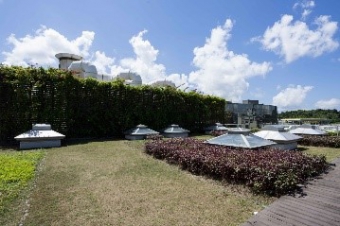 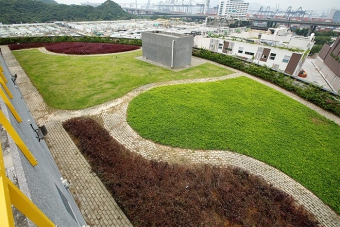 To celebrate the 30th anniversary of the establishment of the Drainage Services Department (DSD) and to commemorate the largest environmental infrastructure project in Hong Kong – Habour Area Treatment Scheme (HATS), DSD has designed a feature wall at the Stonecutters Island Sewage Treatment Works.

The featured wall is named "Fish・1989", which embodies 1,989 fish swimming unison towards the forming of iconic DSD logo. It represents that DSD has kept on providing world-class wastewater and stormwater drainage services to the public since the establishment in 1989. 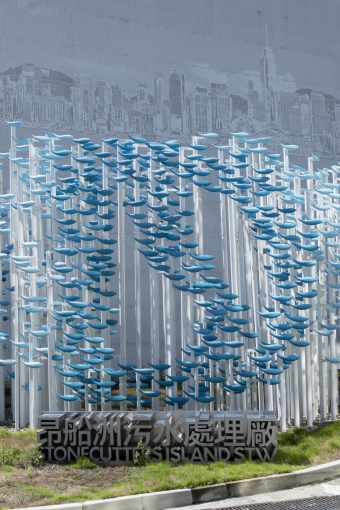 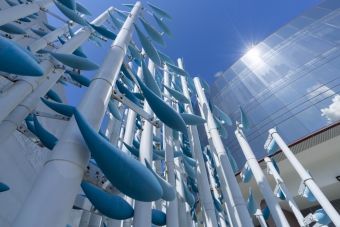 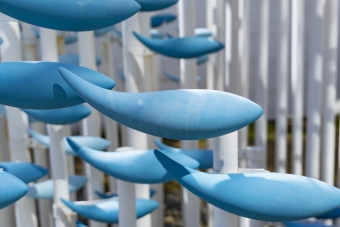