Number of Flooding Blackspots over the years

Flooding blackspots shall be classified according to the extent of area affected and consequences experienced, namely Major (Level 4), Medium (Level 3), Small (Level 2) and Minor (Level 1). Definition of flooding blackspot scales is given as follow: 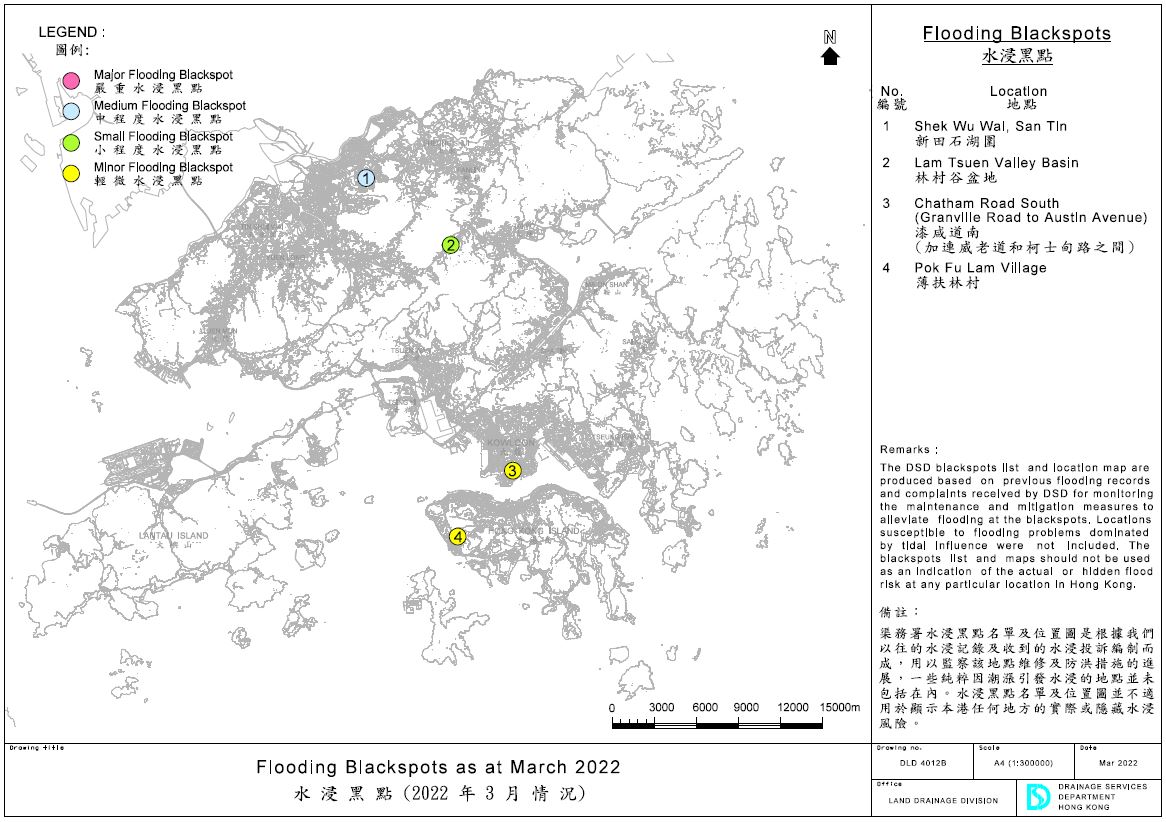 Notes: The flooding blackspots list is for monitoring the effectiveness of the maintenance and mitigation measures at the blackspots. The flooding blackspots list should not be used as an indication of the actual or hidden flood risk at any particular location in Hong Kong. Locations susceptible to flooding problems dominated by tidal influence were not included. For storm surge spots and overtopping wave spots, please refer to the relevant sections of our website for more information.