In order to comprehensively review the impacts of storm surges and waves on coastal low-lying or windy locations under extreme weather and climate change, the Government completed the Study of Coastal Hazards under Climate Change and Extreme Weather and Formulation of Improvement Measures - Feasibility Study (Coastal Hazards Study). It identified 26 coastal low-lying or windy residential areas* with higher risks (for details see the plan below) for formulation of the necessary improvement works and management measures to safeguard public safety. 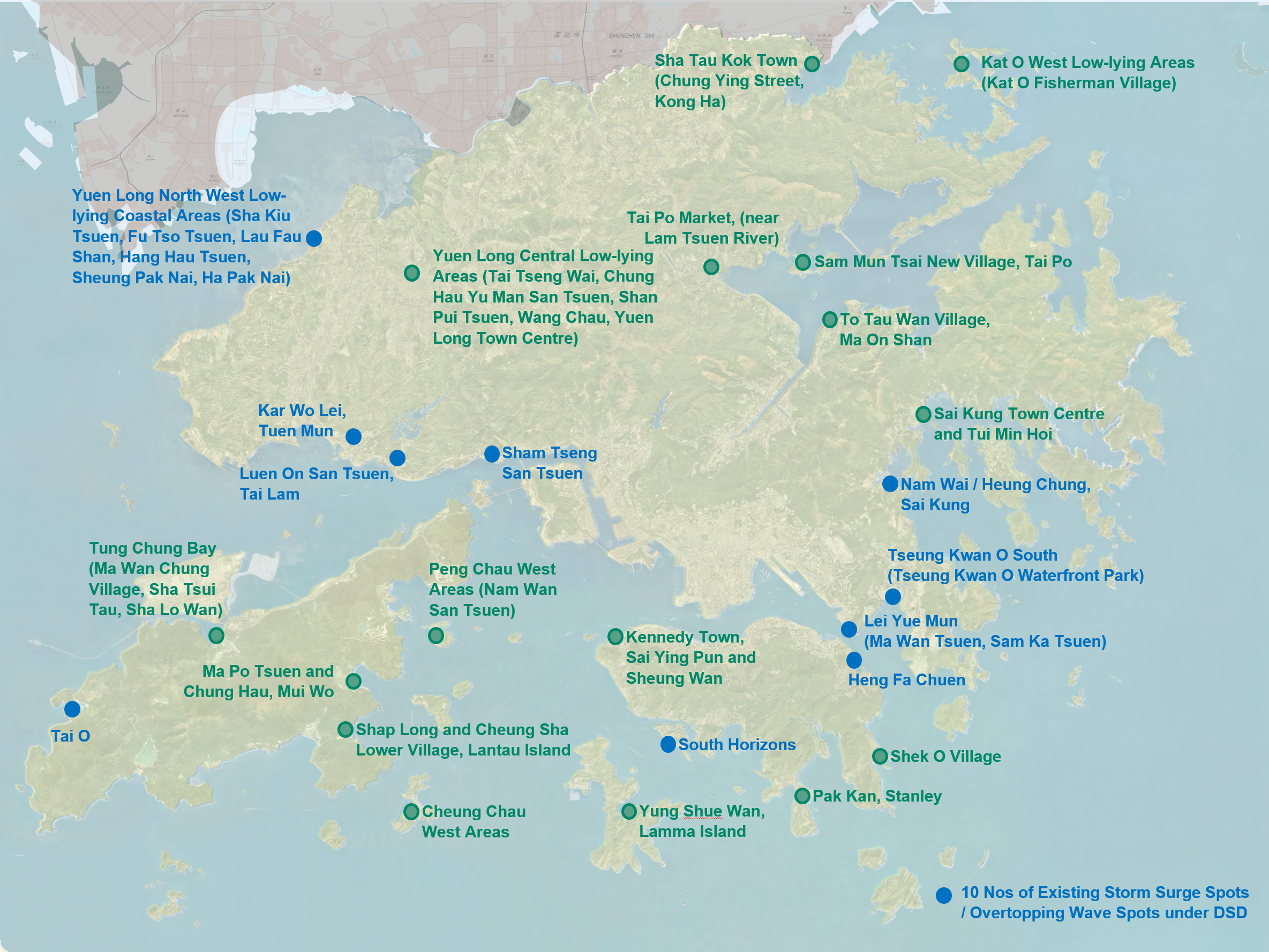 The improvement works comprise various protective and adaptive options, which may include constructing or raising wave walls along the coastline, installing flood barriers at suitable places behind the coastline to cut off water pathways towards inland areas, and/or installing demountable flood barriers at building frontages. Management measures will involve the formulation of action plans on early alert systems and emergency preparedness. The executive summary of the Coastal Hazards Study has been uploaded to the Civil Engineering and Development Department website (www.cedd.gov.hk/eng/our-projects/project-reports/index-id-24.html).