We have an Emergency and Storm Damage Organisation in place to handle emergency and flooding problems all year round office hours. An Emergency Control Centre (ECC) overseen by senior professionals will be activated when the situation warrants in order to coordinate emergency clearance of blocked drains and watercourses throughout the territory, to respond to flooding reports, and to disseminate information within the Government and to the public. The performance of crucial hydraulic structures, such as the facilities within the flood pumping station and other control facilities will also be closely monitored by telemetry and video surveillance. 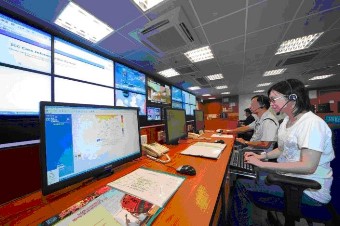 Water levels of major rivers and channels are also real-time monitored under the Flood Monitoring and Reporting System in the ECC. Rainfall, tide levels and water levels data are automatically collected at the sites and continuously sent back to the monitoring centre by telemetry. With this real-time hydraulic data, we can quickly analyse any flooding situation and, when necessary, alert other departments, such as Fire Services Department, Hong Kong Police Force and the Home Affairs Department to prepare for rescue, evacuation and the opening of flood shelters as appropriate. 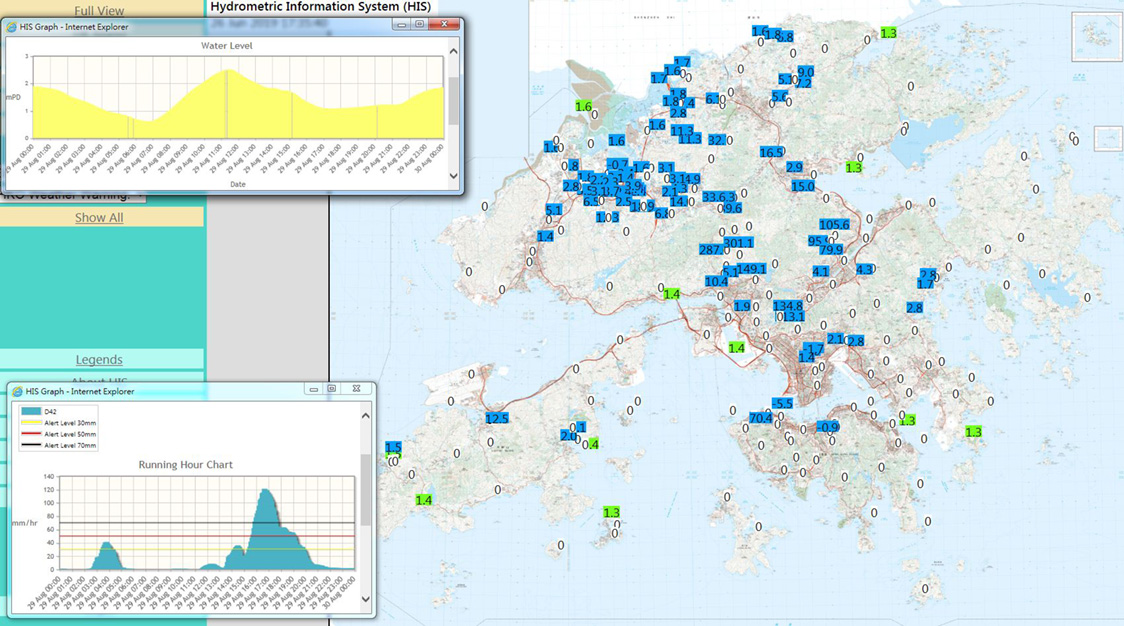 We have also set up a 24-hour hotline 2300-1110 to enable us to deal with flooding complaints as soon as possible. We have publicized our performance pledge and every effort is made to ensure that complaints received before 1pm are responded on the same day, or before noon of the next day for those received after 1 pm. 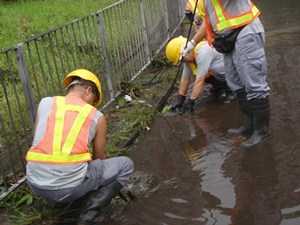