DSD Engineer Mr Jackie CHOI Wai-kit was interviewed by HK01, Ming Pao, Oriental Daily and Hong Kong Economic Times on 22 August 2022 regarding the pilot trial of the floating photovoltaic system at Shing Mun River and the challenges encountered during construction.

Mr CHOI introduced to the reporters the floating photovoltaic system mock-up, which was completed in early August 2022.  He pointed out that the mock-up belonged to the first phase of the pilot trial, and served to test the robustness of the design of the pilot system to be installed in situ amidst various environmental conditions as well as to assess the feasibility of wider implementation of floating photovoltaic system in Shing Mun River. He also explained how the project team managed to overcome the geographical constraints of Shing Mun River and the impacts of tidal level fluctuations in the course of installation.

The relevant articles were published on 29 August 2022. To view the articles, please refer to the following links (Chinese only): 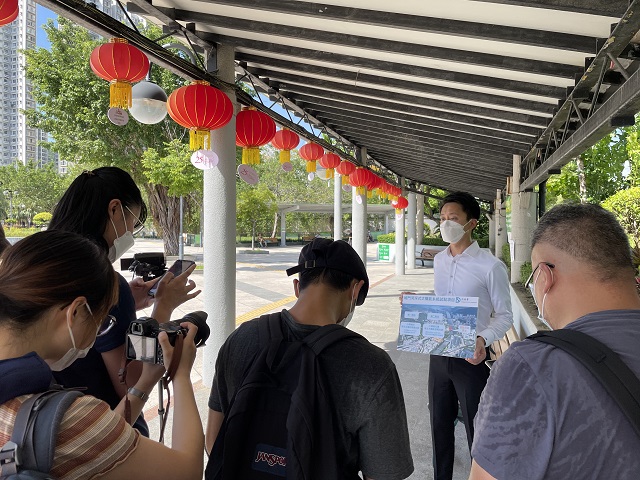 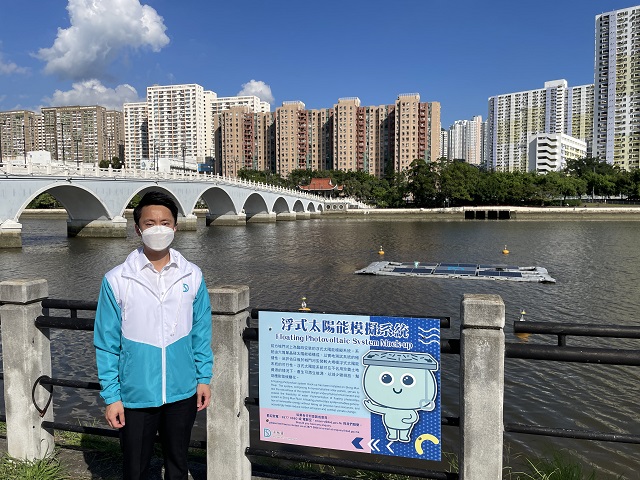