DSD participated in the InnoCarnival 2022

In addition to understanding benefits of the in-manhole automatic sampling robot by observing its demonstration, members of the public could take a closer look at the Intelligent Foam Removal Robot, the new water level sensor and Malodor Control Hydrogel. Meanwhile, the 3D model of the Mini Bull displaying at the booth allowed the public to know more about its flexible design. Videos about DSD's latest inventions and signature projects, including the Relocation of Sha Tin Sewage Treatment Works to Caverns project, were also played at the booth. 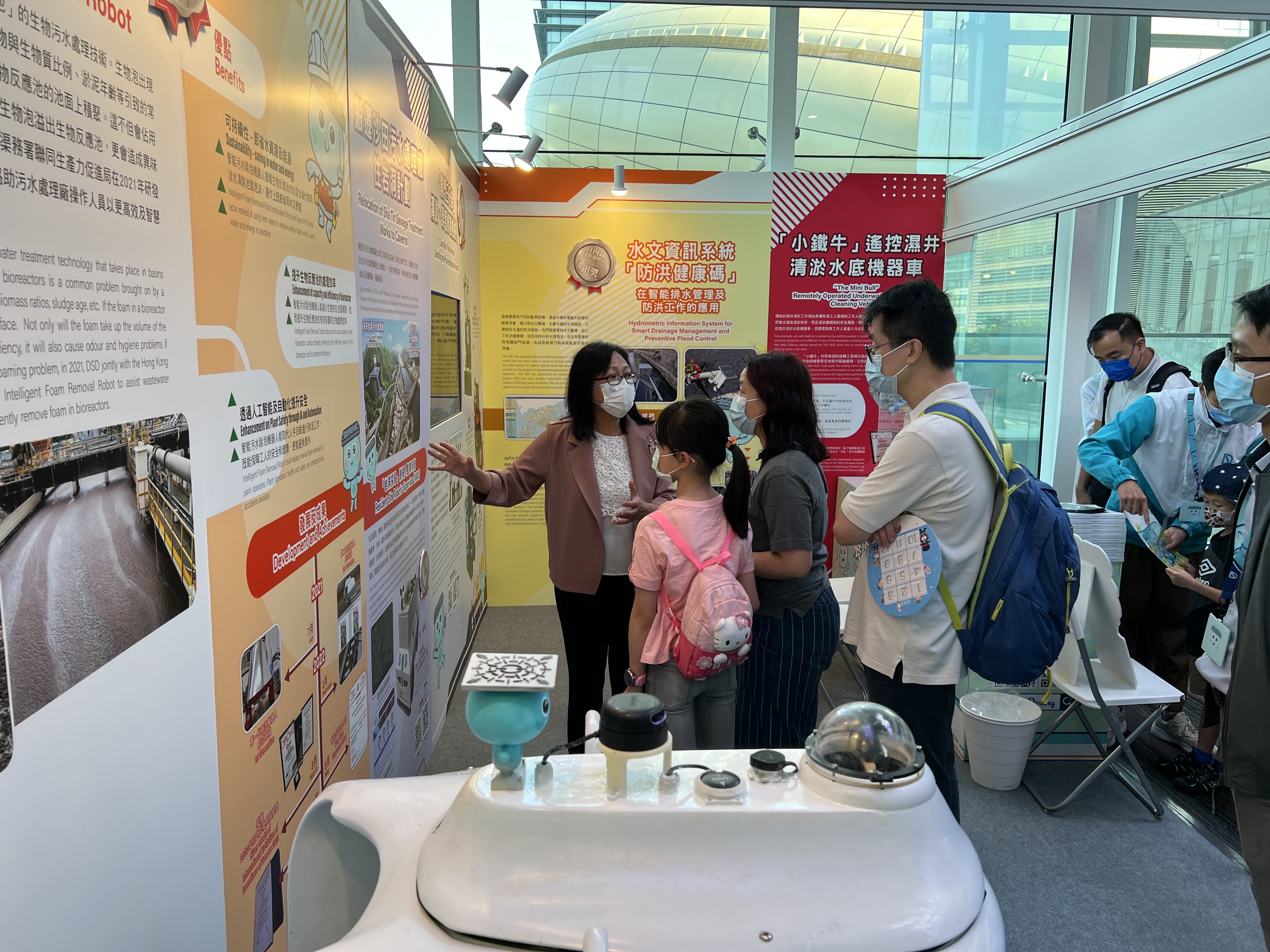 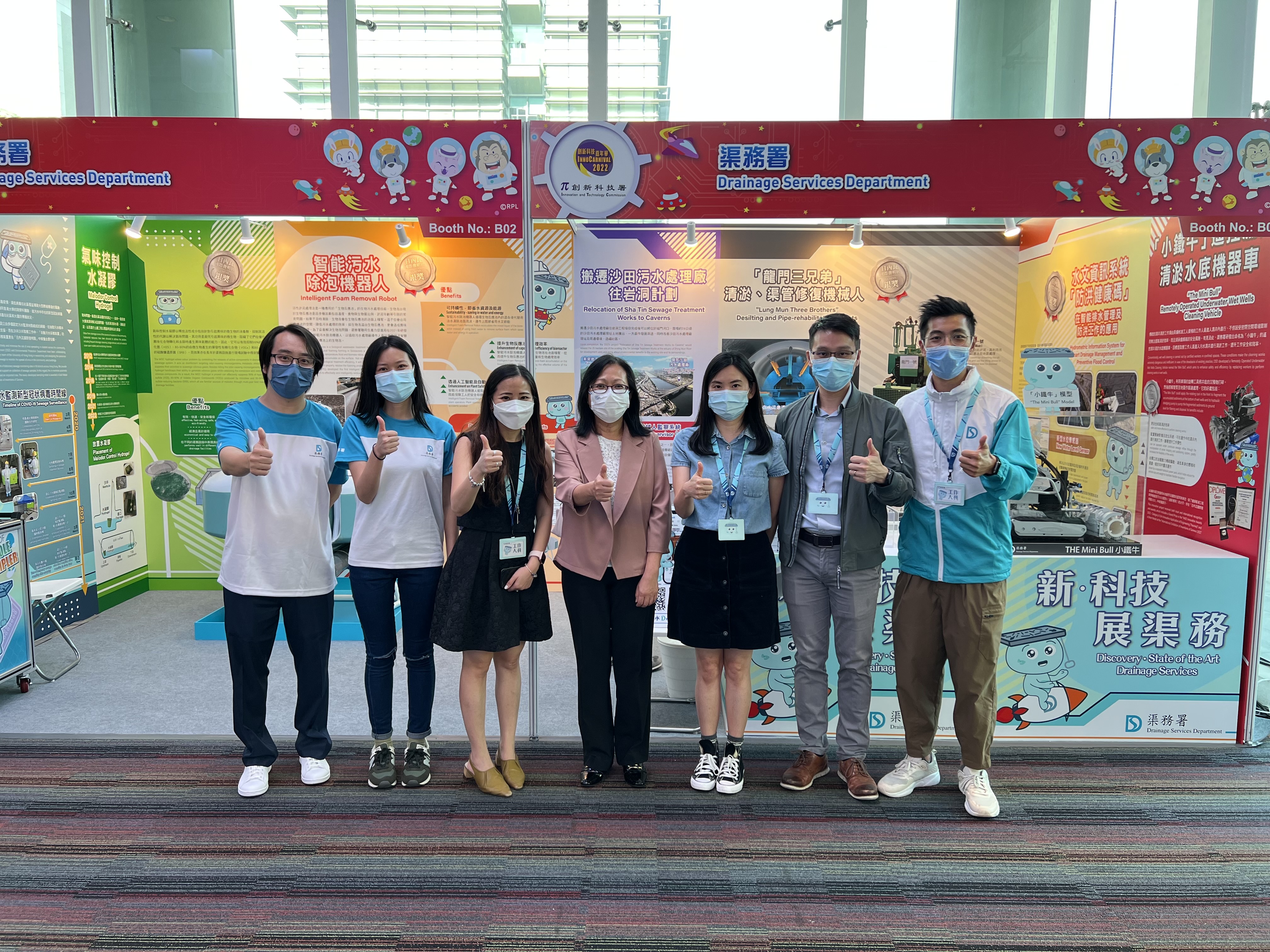 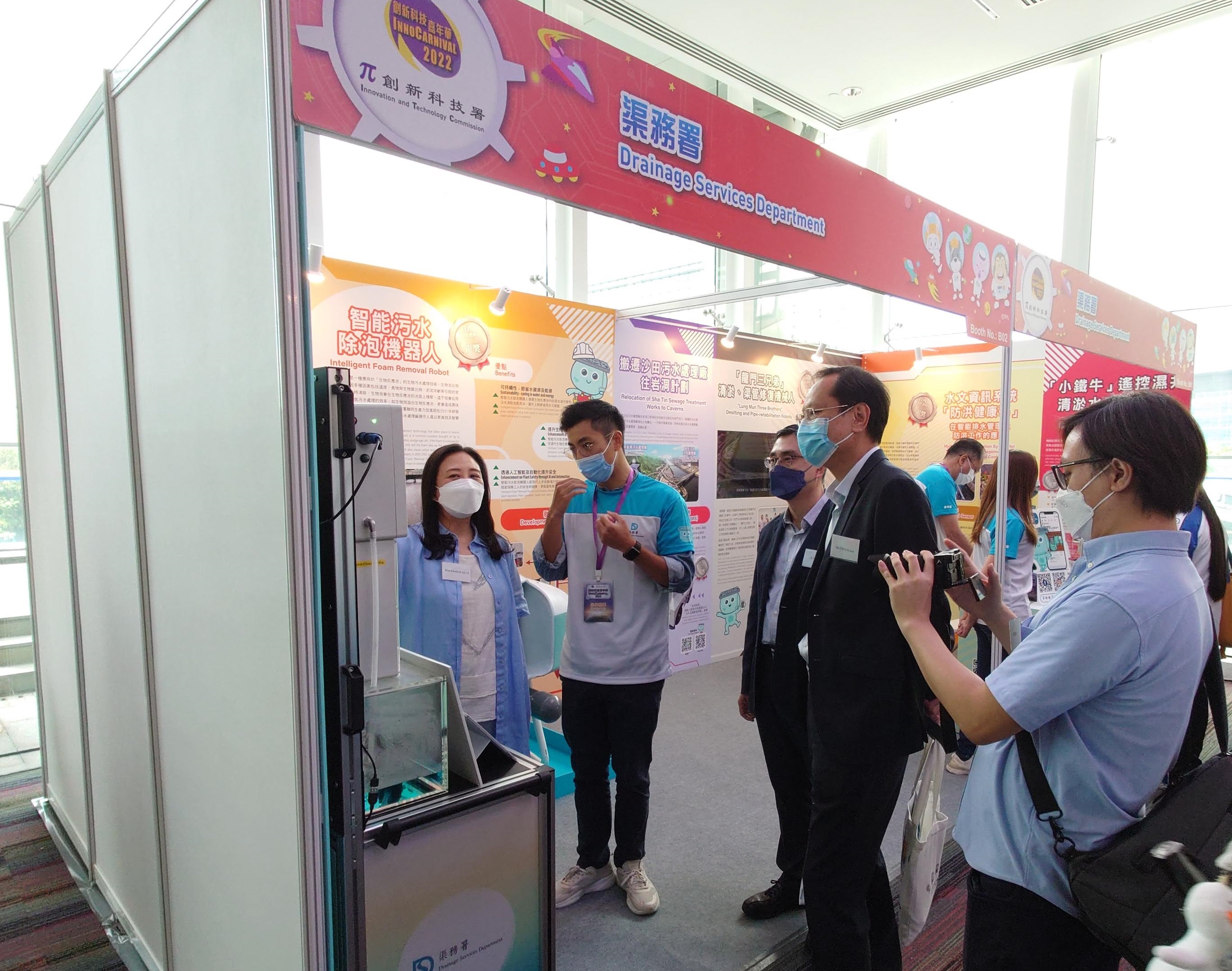 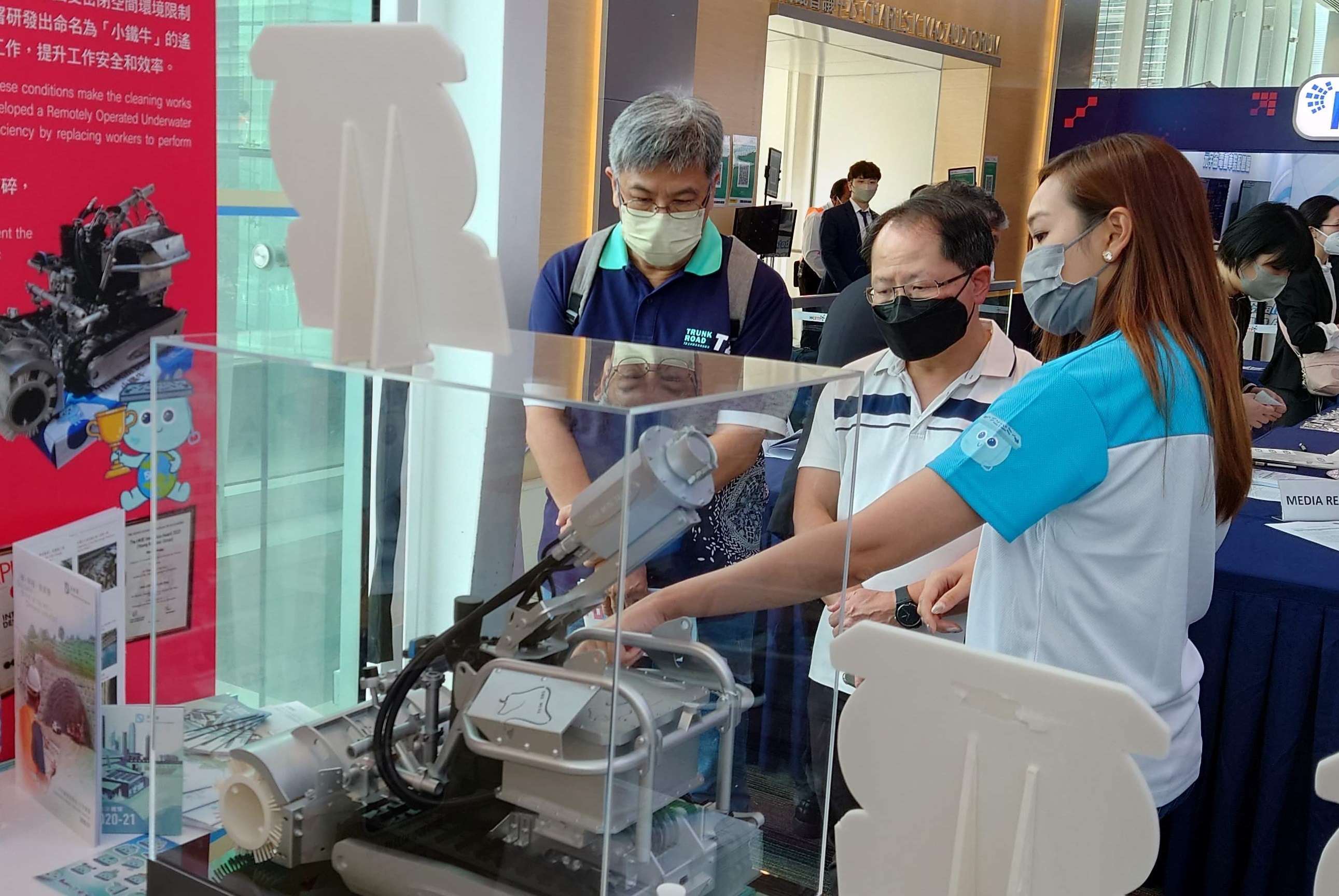 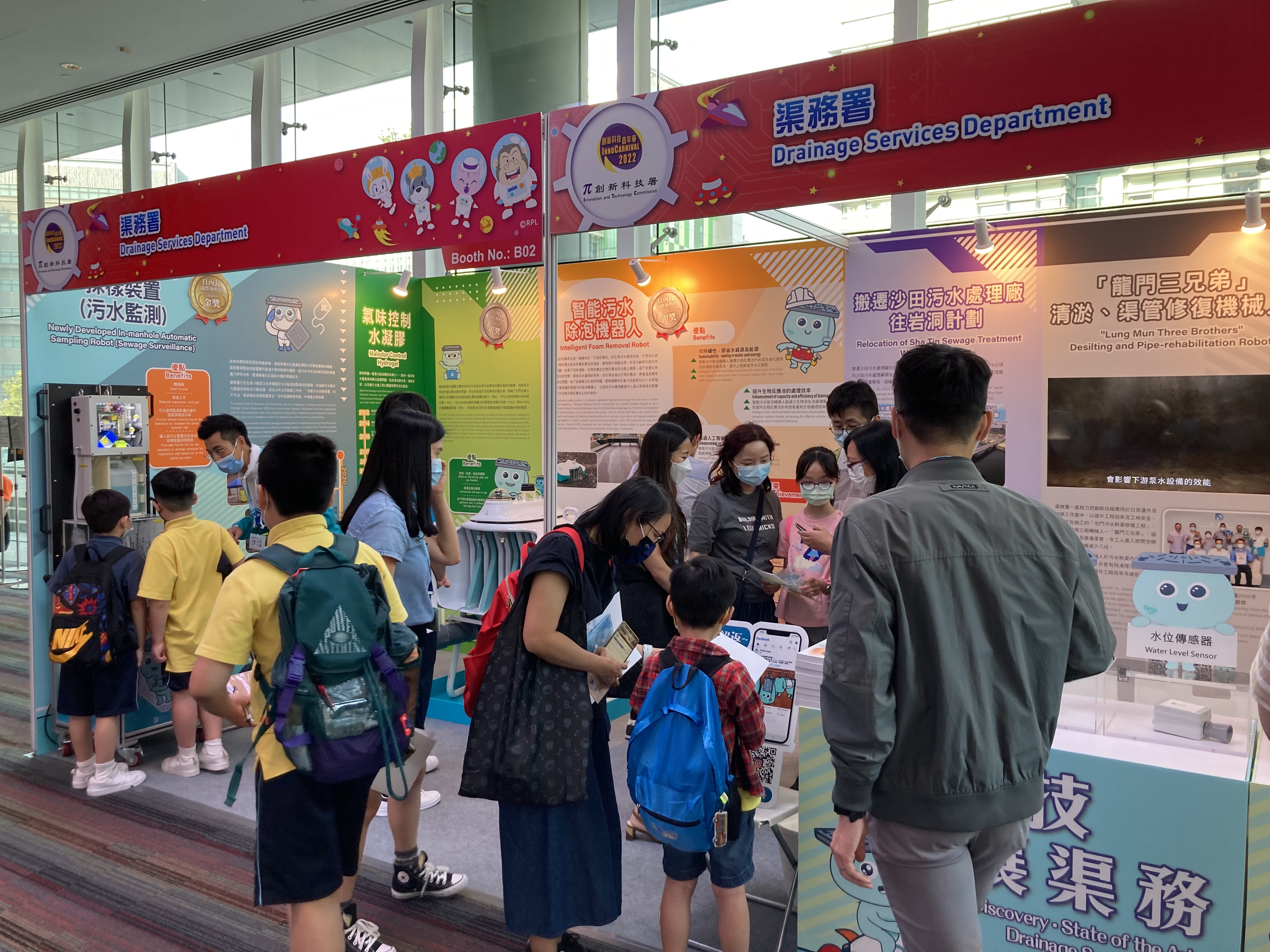