The Drainage Services Department signed a works contract of about $740 million with KL-CW JV on 26 September 2022. The works include construction of a stormwater storage scheme comprising an underground storage tank of about 64,000m3 at Sau Nga Road Playground; construction of approximate 185m of stormwater drains of diameters ranging from 1,800mm to 3,000mm at Hip Wo Street; and ancillary works including reinstatement of Sau Nga Road Playground and associated facilities. This 51-month works contract commenced on 26 September 2022. 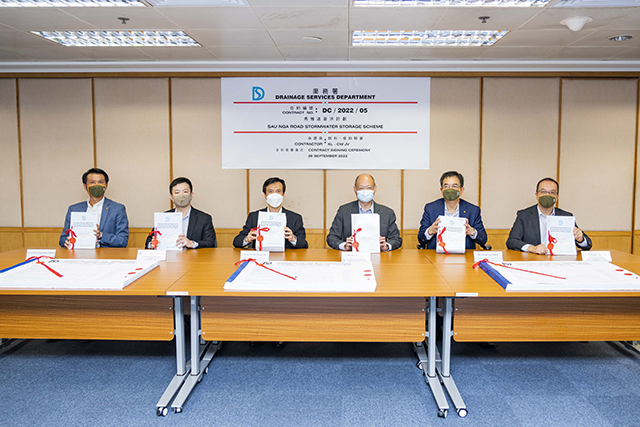