Mr LUI explained to the reporters that, in order to make good use of the available space in our facilities to develop renewable energy, DSD has installed the Flexible and Steppable Photovoltaic Systems at the San Tin Stormwater Pumping Station, and also inplemented a pilot trial of the Floating Photovoltaic System at the San Tin Polder. Mr LUI also introduced the features and benefits of each photovoltaic system to the reporters.

Mr YU continued to introduce, DSD has built the Ecological Floating Island at the Polder with flowering plants to attract creatures like butterflies and birds to rest, so as to beautify the environment and enhance its ecological value.

The relevant articles were published on 27 June 2022. To view the articles, please refer to the following links (Chinese only): 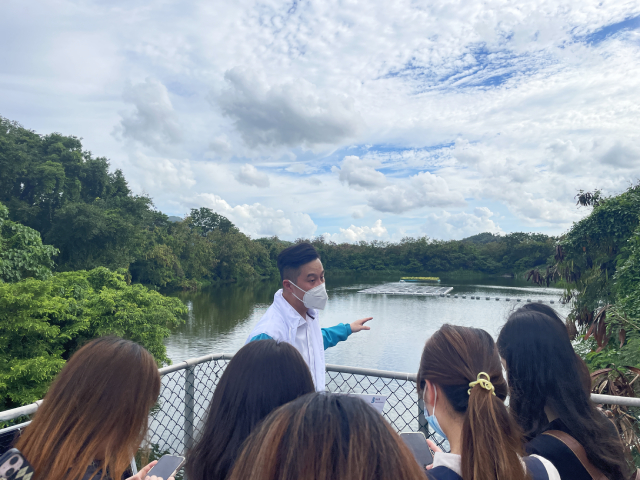 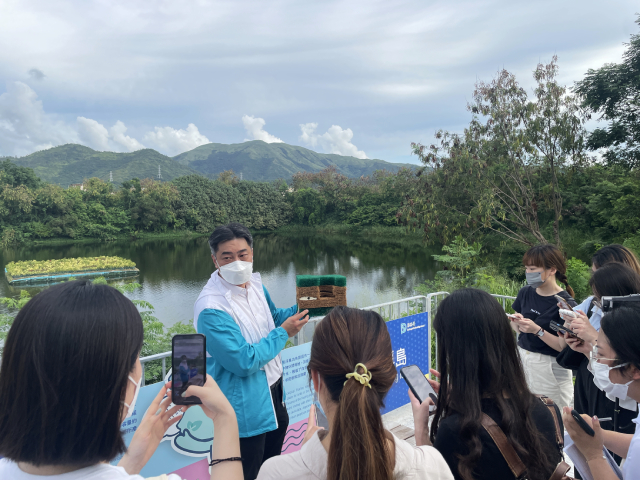 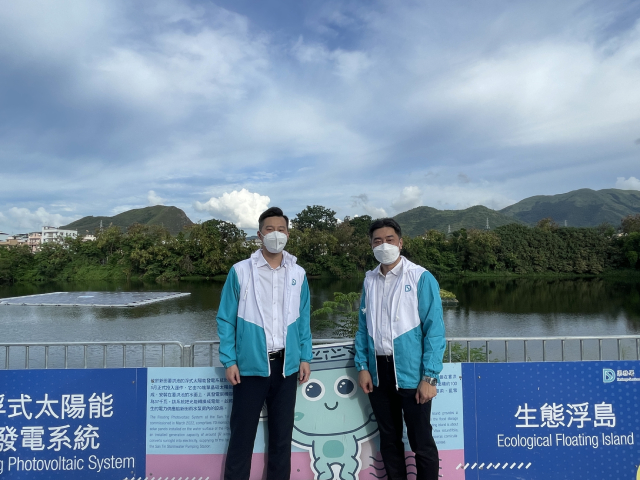