Following receipt of multiple awards under the New Engineering Contract (NEC) Users' Group of United Kingdom last year, the Drainage Services Department (DSD) won a total of four NEC Martin Barnes Awards in 2022, including the Winner and the Runner Up in NEC Water Contract of the Year, the Winner in NEC Contract Innovation of the Year as well as the Runner Up of the Client of the Year. DSD's effort in implementing NEC through achieving collaborative partnership has been highly appreciated and recognised by the Group.

This year, DSD received the NEC awards with recognised projects as follows:

Water Contract of the Year

NEC Contract Innovation of the Year

NEC Client of the Year 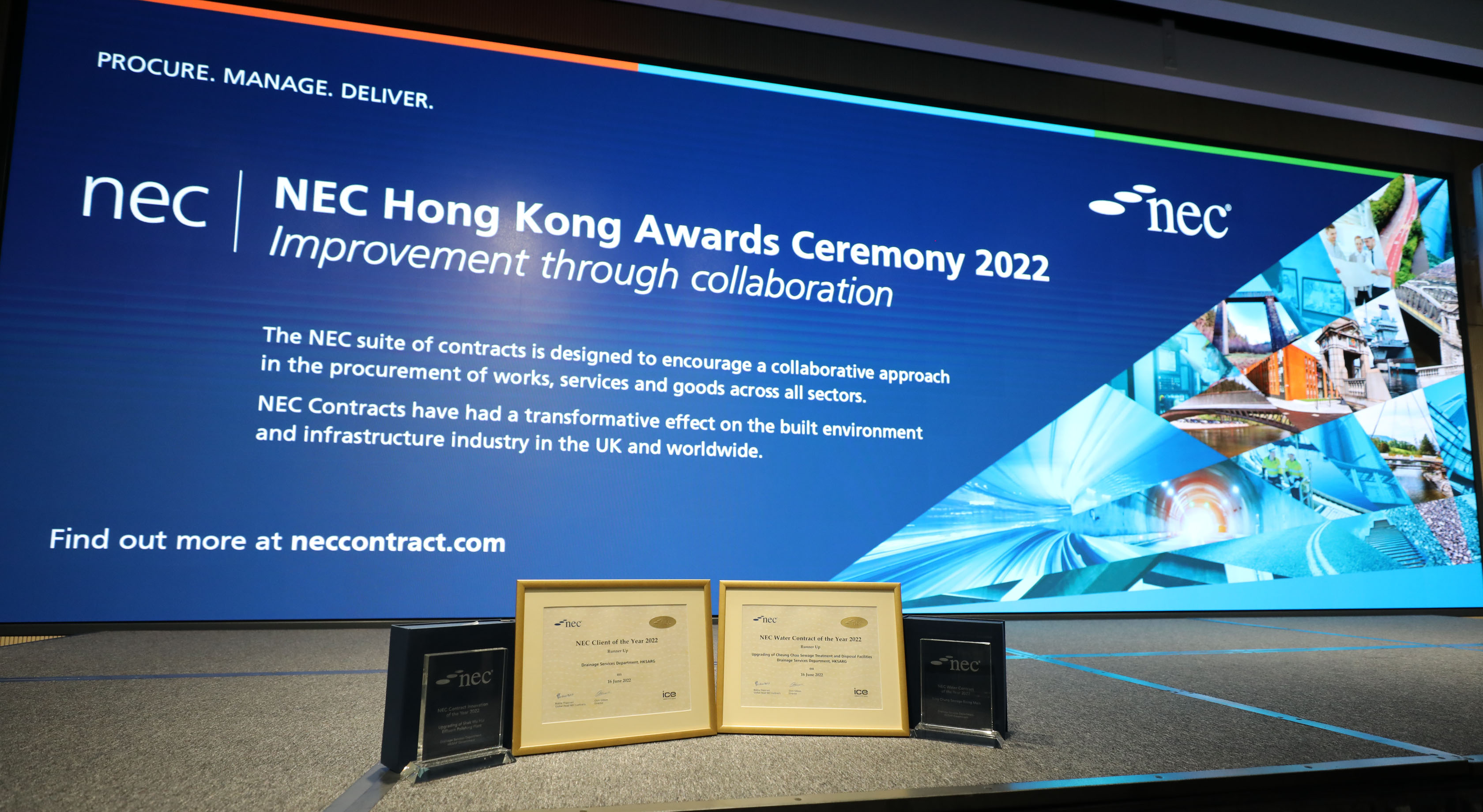