The project team of the “Relocation of Sha Tin Sewage Treatment Works to Caverns” was invited to participate in the “The Spirit of the Times Shines upon Hong Kong”event co-organized by the HKSAR Government, the Liaison Office of the Central People’s Government in the HKSAR and China State Construction Engineering Corporation on 28 October 2021, and was interviewed by various media. The project team introduced to the media the project progress and challenges, showcased new innovative technologies applied on the construction works, highlighted the project benefits to the community, and toured members of the media around the construction site of the main portal.

During the interview, the Chief Engineer of Cavern Projects Division of DSD, Mr Tony LEUNG Ka-chung, and other project team members introduced that the relocated Sha Tin Cavern Sewage Treatment Works would be one of the largest cavern sewage treatment works in Asia and bring benefits to the community.  Mr LEUNG pointed out that the project would release the 28-hectare site of the existing Sha Tin Sewage Treatment Works at the estuary of Shing Mun River for development uses beneficial to people’s livelihood, and bring about environmental benefits to the existing site and its surroundings. Taking this opportunity, DSD could also carry out a comprehensive renovation of the ageing sewage treatment facilities through the introduction of advanced sewage treatment technologies to enhance our sewage treatment services.

Mr LEUNG continued to add that the main caverns complex would be of a crisscross configuration comprising 7 longitudinal and 4 latitudinal caverns.  He remarked that the construction of caverns and access tunnels of height and span up to 30m would be extremely complex. Aiming at enhancing works quality and improving construction safety, the project team proactively adapted and even self-developed innovative technologies, and tailored their applications to the needs and characteristics of the construction works.

The project team then guided the media around the works sites, during which they elaborated on the project progress and some applications of innovative technologies. Those applications included equipping the “Smart Drilling Jumbo” for drilling blast holes with real-time monitoring devices for measuring rock strength and transmitting data instantaneously to the project team; and the “Robotic Monitoring System”, which could monitor the air quality and capture data for assessing the risk of rockfall, thereby substituting the need for man entry and enhancing construction safety.

The DSD expected the new cavern sewage treatment works would be commissioned in 2029. The DSD also believed that invaluable experience would be gained through the implementation of the project, which could serve future cavern and underground developments in Hong Kong very well. 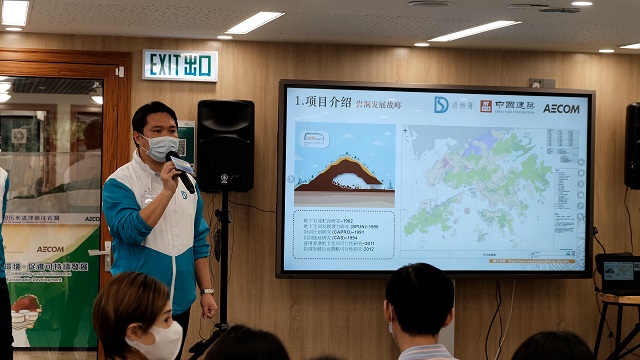 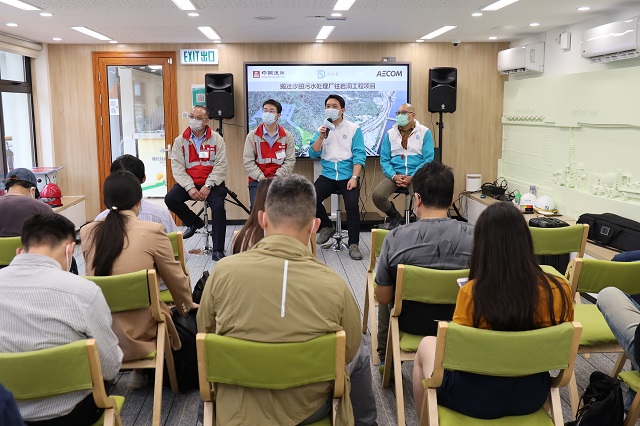 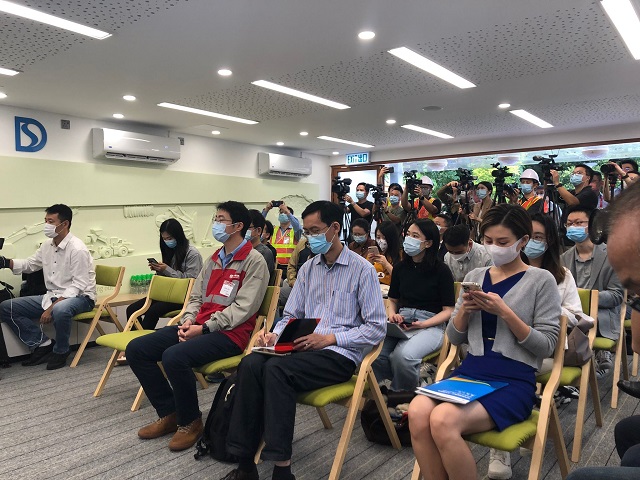 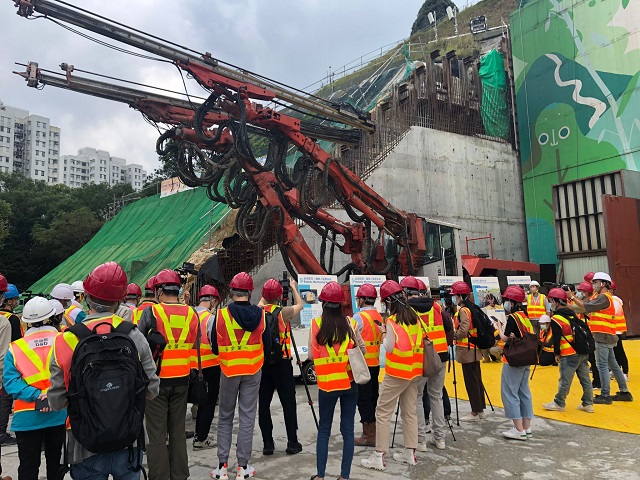 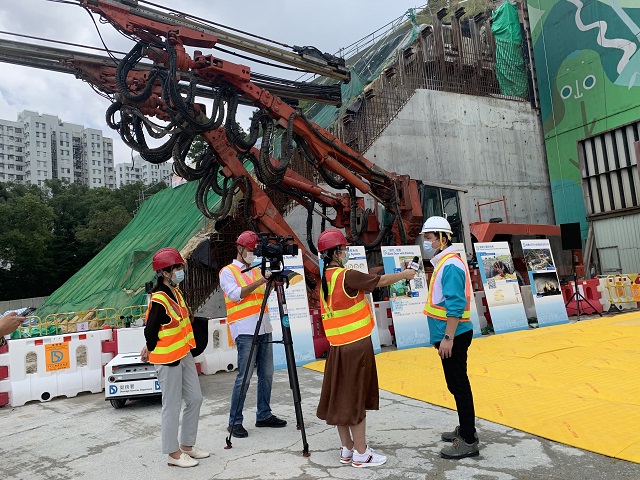