DSD’s Annual Media Briefing was held on 25 March to brief the media DSD’s work on flood prevention and the highlights on research and development projects and lead a visit to the works site of the “Relocation of Sha Tin Sewage Treatment Works to Caverns” project.

Ms Alice PANG, the Director of Drainage Services, announced at the briefing that the flooding blackspot at Ting Kok Road – Shuen Wan Chim Uk to Wong Yue Tan section has been removed, and the number of flooding blackspots across the territory is reduced to four. Furthermore, DSD will strengthen the “just-in-time clearance” arrangement to cope with the upcoming rainy season, we will include more low-lying locations which are susceptible to blockage by litter to ensure clearance of drains and minimise flood risk during heavy rain.

After the briefing, Ms PANG toured the media around the works site of the “Relocation of Sha Tin Sewage Treatment Works to Caverns” project to let them learn more about the works progress and application of new technologies. Those technologies include the “Drilling Jumbo” which assists in drilling blast holes at rock surface for placing explosives and enables instant rock data transmission to operators by equipping with the real-time monitoring system and the “Robotic Monitoring System” developed by the project team, which replaces workers to inspect the site after blasting to assess air quality and risk of fallen rock to improve industrial safety.

The Director of Drainage Services, Ms Alice PANG, shows the media at the briefing a new model of sensor for installing at drainage channels 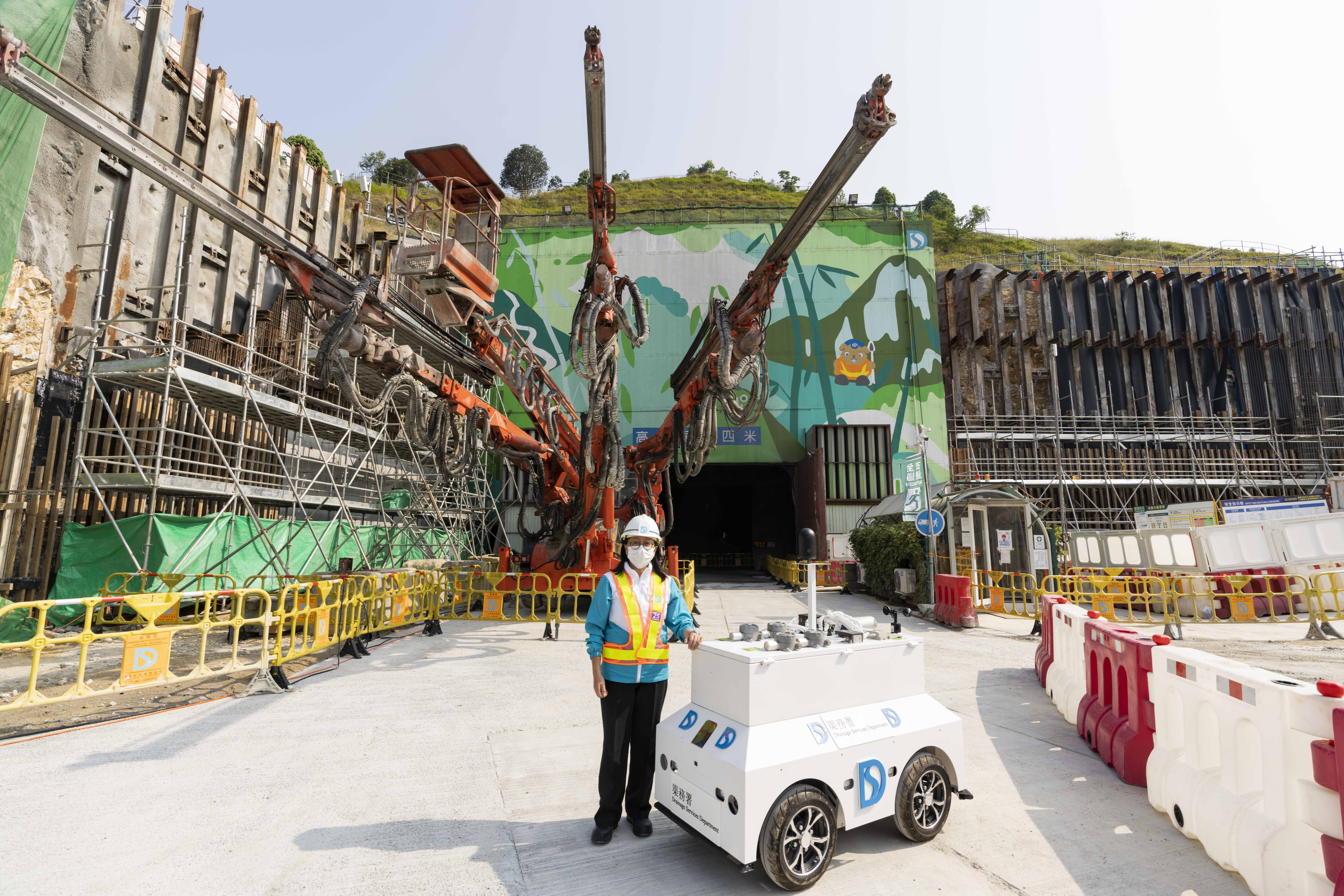