The Secretary for Development, Mr Michael WONG Wai-lun, invited Ms Yoyo Leung Wing-yiu, Assistant Engineer of DSD’s Contractor, who is a beneficiary under the Government’s Anti-epidemic Fund (AEF), to share her experience in job hunting and her involvement in the public works project in his blog.

Ms LEUNG said by taking part in DSD’s Expansion of Sha Tau Kok Sewage Treatment Works project, her knowledge in sewage treatment and drainage infrastructure has been increased, which would make her more competitive in the job market. DSD’s Engineer, Mr LEUNG Ka-kay also said that DSD is pleased to have employed several young engineers through the contractor under the AEF to participate in this challenging project.

The article was published on “My Blog” of Development Bureau’s website. To view the article, please click the link below: 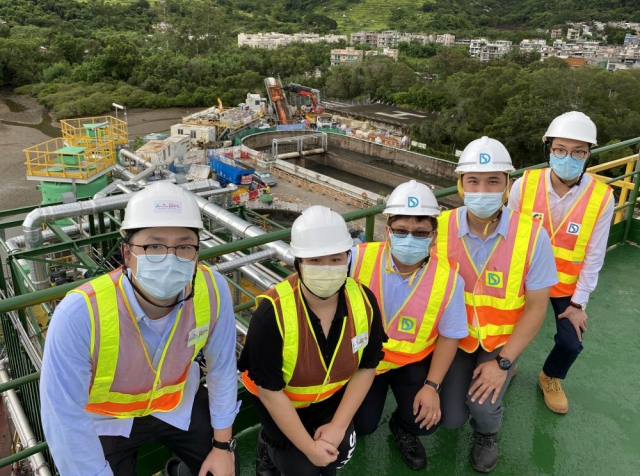