DSD won two individual Awards for Officers of Public Organisations at the 23rd Presentation Ceremony of The Ombudsman's Awards 2019 on 8 November 2019. The awards were given to our colleagues, namely Ms Huky LI Hiu-kwan, Engineer of Consultants Management Division, and Mr Robert HO Chuen-yan, Engineer of Customer Services Section, for their significant contribution in improving public service, particularly through handling complaints and redressing grievances.

The Ombudsman's Awards Scheme was introduced in 1997. In 1999, the Scheme was extended to honour individual public officers. In 2011, the scope of the Awards was further extended to recognise public officers' efforts in handling enquiries and complaints relating to the Code on Access to Information. The Awards we won have shown DSD’s dedication to providing high quality service as well as looking after genuine care for the public. The Awards are also the results of the concerted efforts of DSD colleagues for serving the public. 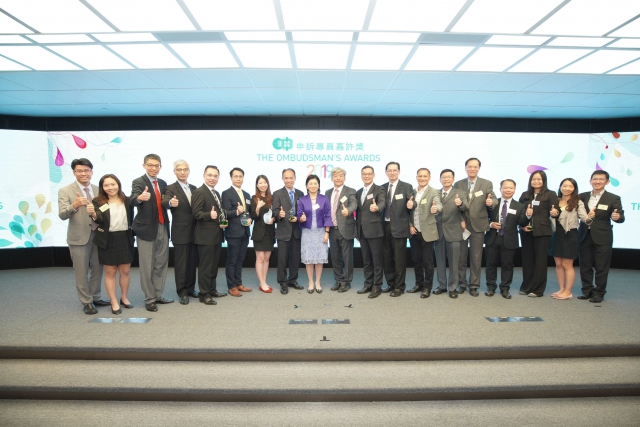 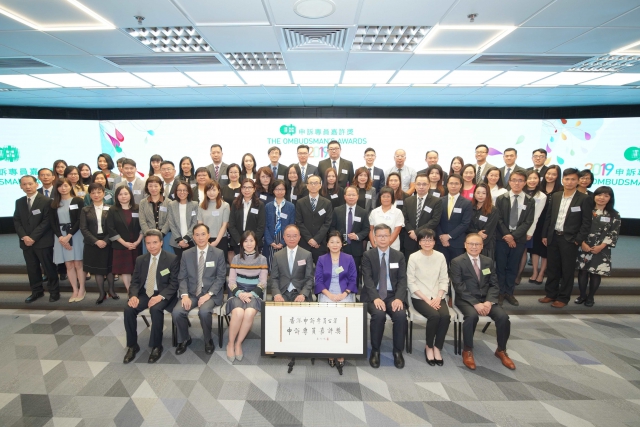 Group photo in the presentation ceremony of The Ombudsman's Awards 2019