The DSD Fun Run was successfully held on 29 September 2019 under a beautiful sunny day.  There were more than 100 colleagues participated in the event with over 30 helpers.  Altogether, we celebrate the 30th anniversary of the establishment of DSD with energy, joy and sweat.

The Director of Drainage Services, Mr LO Kwok-wah, was the starting commander and the prize presenter of the 10km Race.  He was also one of the Senior Group 5km Race runners.  In his speech delivered in the event, Mr Lo explained the reason for organizing Fun Run to celebrate DSD’s 30th anniversary.  He used long-distance run to imply our daily work, encouraged colleagues to use their determination in running to overcome difficulties at work.

The Fun Run comprises 5km and 10km Races divided into Senior, Men and Women Groups.  There was also a 4x400m Obstacle Race.  Runners included retired DSD Director, colleagues as well as trade partners.  With the support of colleagues, runners’ friends and family, the atmosphere was filled with warmth and excitement throughout the whole morning. 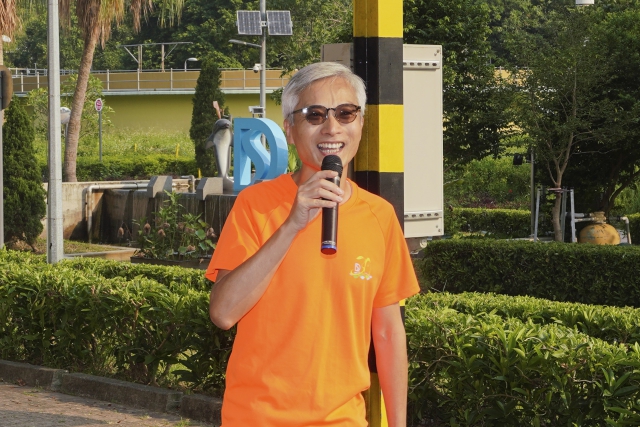 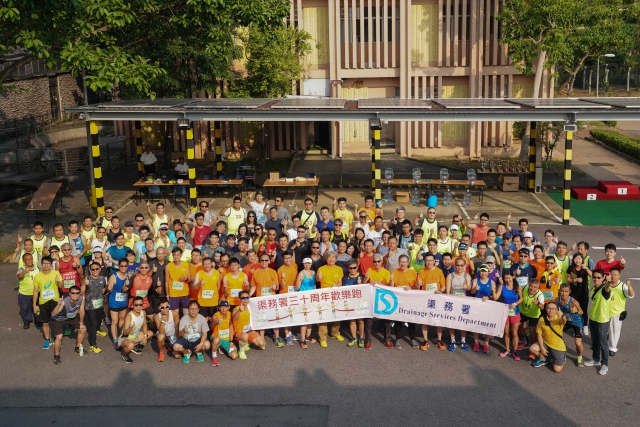 Athletes were starting the 10km Race 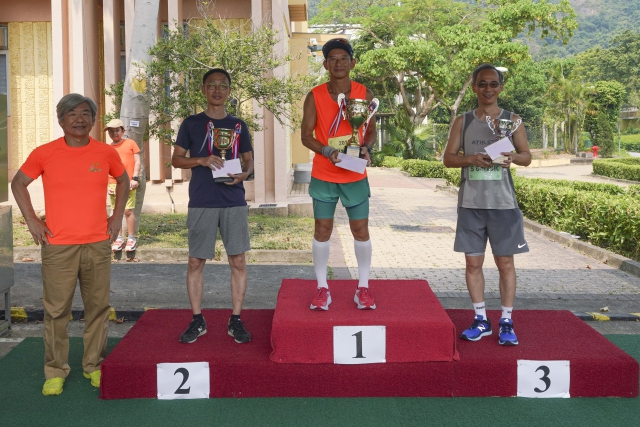 Winners of the 10km Senior Race took a photo with the Deputy Director of Drainage Services, Mr MAK Ka-wai (first left) after receiving the trophies 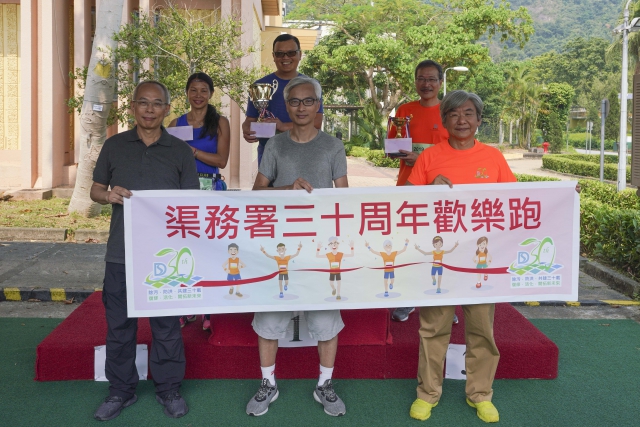 Winners of the 4 x 400m Obstacle Race teams took a photo with the Director of Drainage Services, Mr LO Kwok-wah (right) after receiving the trophies