On 13 April 2019, DSD participated in The HKIE Engineer Day organised by the Hong Kong Institution of Engineers (HKIE) and the Hong Kong Polytechnic University (PolyU).  The event, which was held in PolyU, aimed to arouse younger generation's interest in engineering profession and enlighten them to choose engineering as their career through competitions, game booths, laboratory demonstrations and lectures.

With the theme of “From Sewage to Energy: Total Energy Management at Sewage Treatment Works”, panels and video clips about DSD's utilization of renewable energy and enhancement of energy efficiency were displayed in our exhibit.  Through helpers' briefing at the exhibit, visitors could know more about solar energy and biogas produced in the sewage treatment process and the operation of the energy efficiency facilities.  The exhibit attracted many students, teachers, parents as well as engineering and smart city enthusiasts. 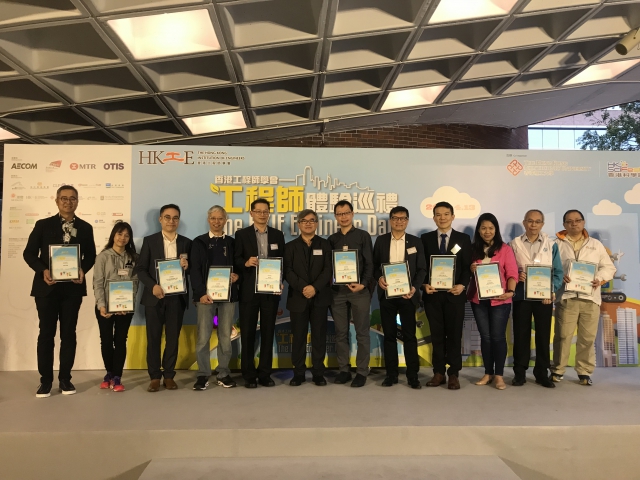 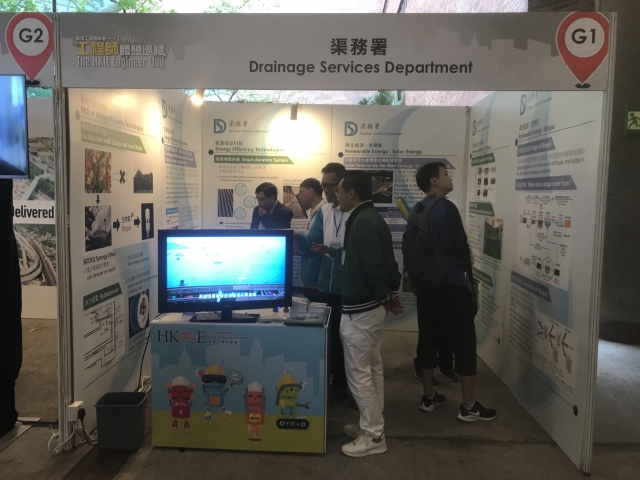