The Drainage Services Department (DSD) was awarded the United Kingdom's (UK) New Engineering Contract (NEC) Awards – Client of the Year 2019. It is another encouraging result following the DSD's receipt of the same award in 2016.

The NEC Awards were established by the UKNEC Users' Group to recognise NEC projects around the world for their excellent performance. There are four categories of awards, namely Contract of the Year, Client of the Year, Contractor of the Year and Contract Innovation. The Client of the Year award aims to commend the project client that has fully demonstrated mutual trust and a partnering spirit with its contractors.

Speaking at the prize presentation ceremony yesterday (June 17) in London, the UK, the Chief Engineer (Project Management) of the DSD, Mr Jimmy Poon, said, "The DSD is highly supportive of the adoption of the NEC. We have awarded 67 contracts in the past 10 years covering civil engineering, electrical and mechanical engineering, maintenance works and consultancy services. Various options under the suite of the NEC are extensively utilised to suit the particular nature of the projects to enhance efficiency. The DSD is planning for gradual transition from NEC3 to NEC4, with the first NEC4 Professional Services Contract in Hong Kong awarded last year. We expect to engage in more works contracts adopting NEC4 in the coming years.

"Looking ahead, the DSD hopes to consolidate the collaborative culture of Hong Kong's construction industry through the adoption of the NEC, with an aim to enhancing efficiency and cost-effectiveness of projects. We will continue to work collaboratively with stakeholders with a view to fostering innovations and achieving better value for money in public works projects," he said.

The relevant article was published on HKSAR Government Press Releases: 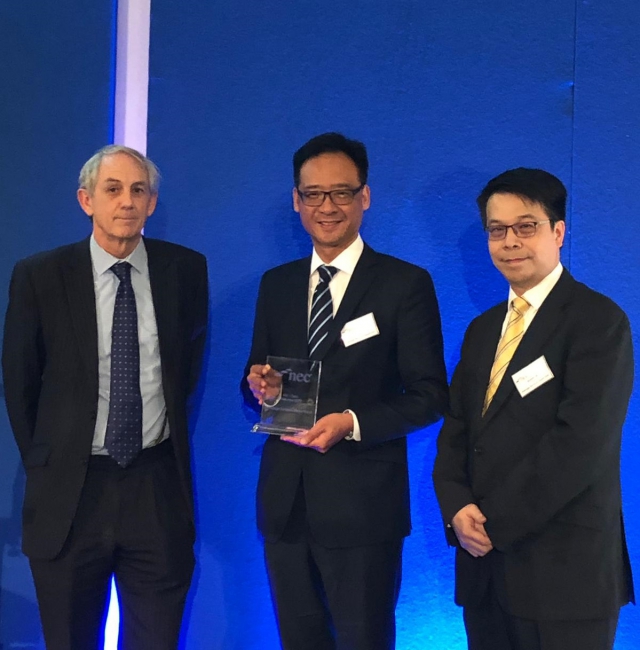 The Chief Engineer (Project Management) of the Drainage Services Department, Mr Jimmy Poon (centre), received the New Engineering Contract (NEC) Awards - Client of the Year 2019 from the NEC Users' Group on behalf of the DSD 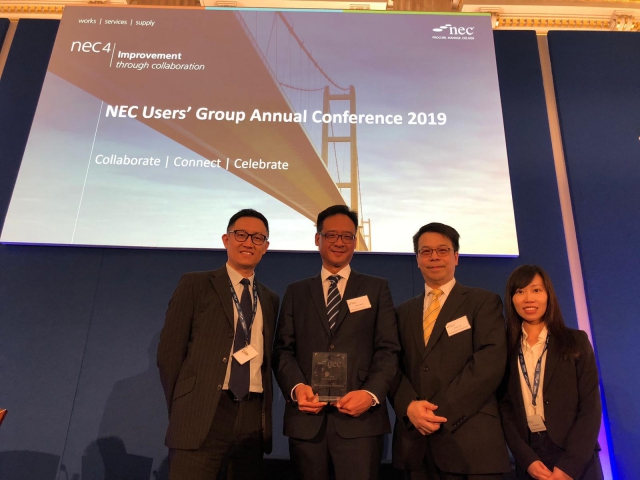