The Secretary for Development, Mrs Carrie Lam, said today (June 2) that the Fuk Man Road Nullah improvement works have not only enhanced the living environment in Sai Kung, but also laid the foundation for the creation of Fuk Man Garden, which is full of local characteristics and has become a new landmark in the area.

Mrs Lam officiated at the ceremony for the completion of improvement works at Fuk Man Road Nullah and the opening of Fuk Man Garden in Sai Kung this morning. She said that the Drainage Services Department (DSD) embarked on the decking of Fuk Man Road Nullah in 2009 in an effort to better the living quality of the residents. The DSD made use of the additional land created to ease traffic congestion at the adjacent roundabout at the junction of Po Tung Road and Fuk Man Road. The new land also made it possible to create Fuk Man Garden, adding leisure space for the public.

“Based on the principle of people-based governance, we conducted a series of district consultations on the project, and adopted quite a few innovative ideas during the consultation exercise. For instance, the suggestion of making a dragon boat sculpture to augment the design of Fuk Man Garden came from the Sai Kung District Council (SKDC),” Mrs Lam said.

Mrs Lam added that the project, which cost about $70 million, was a pilot contract under the Development Bureau to promote the New Engineering Contract (NEC). This form of contract stresses mutual trust and co-operation between the contracting parties as a way to increase the efficiency of project management. Thanks to the close partnership and efforts of the working team comprising the DSD, the consultant and the contractor, the project was completed smoothly within the approved budget and timeframe, fully exhibiting the advantages of the NEC.

Today’s ceremony was co-organised by the DSD and the Leisure and Cultural Services Department. Other officiating guests included the Permanent Secretary for Development (Works), Mr Wai Chi-sing; the Director of Drainage Services, Mr Chan Chi-chiu; the Director of Leisure and Cultural Services, Mrs Betty Fung; and the Chairman of the SKDC, Mr Ng Sze-fuk. 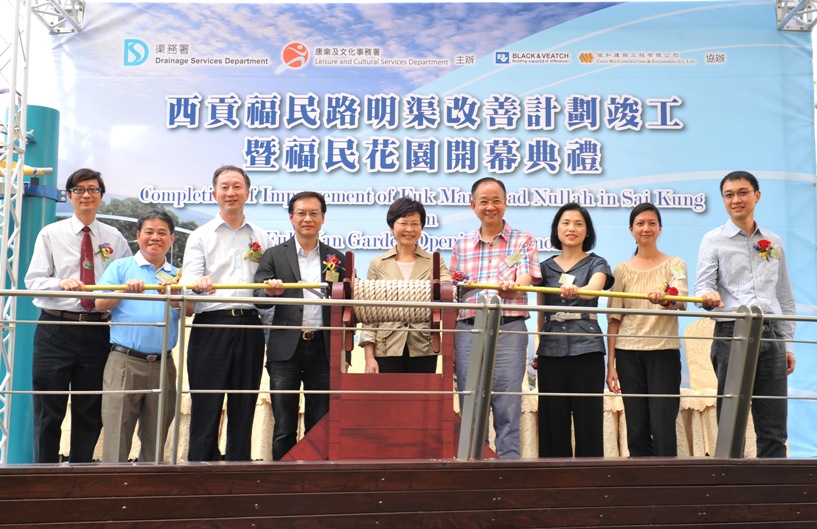 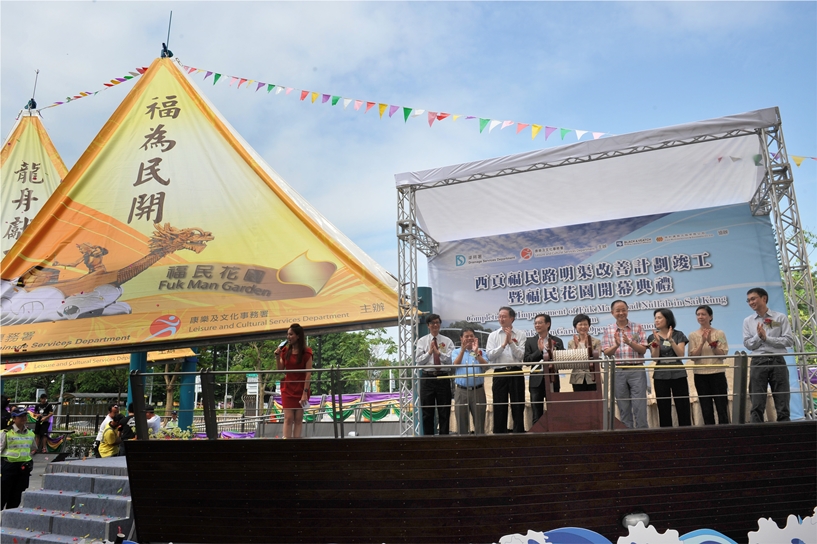 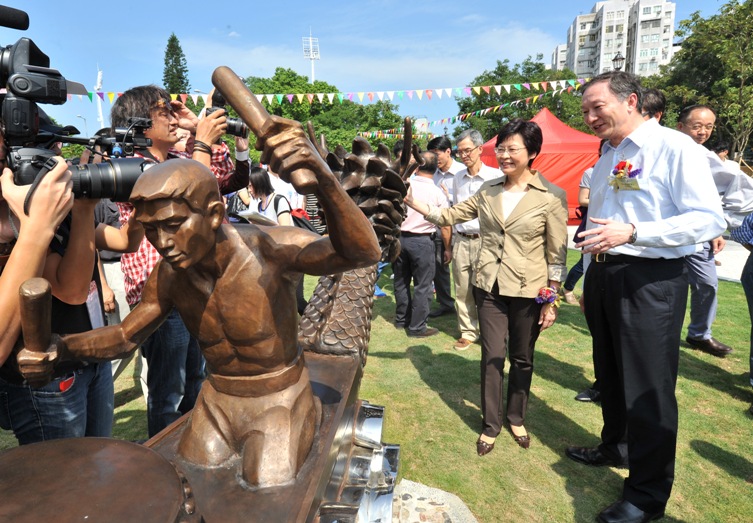