DSD has always been encouraging our staff to do more physical exercise and promoting work-life balance for better health and living. We formed a “DSD Partners” group, led by our Director, Mr CHAN Chi-chiu and his wife as well as our Deputy Director, Mr TSUI Wai and his wife, to participate in the “Standard Chartered Marathon 2012” 10 km run on 5 February 2012. About 200 DSD colleagues and friends enrolled in the event through group registration arranged by DSD Staff Club. To this end, we have also invited our consultants and contractors to participate in this meaningful event and over 450 of their staff have shown up.

To better equip our staff for the 10 km run, DSD Staff Club has arranged several experience sharing and training sessions given by veteran runners before the event. In the early morning of 5 February 2012, “DSD Partners”, all in orange T-shirts, gathered at Hong Kong Central Library for taking group photos, and then marched to the starting point at Island Eastern Corridor. With high morale and cheering among runners, “DSD Partners” all successfully reached the finish line and completed the run.

Through participating in this event, DSD hopes that more staff and their friends could enjoy distance running and appreciate its benefit to their health.

Group photo of “DSD Partners” before marching to the start area 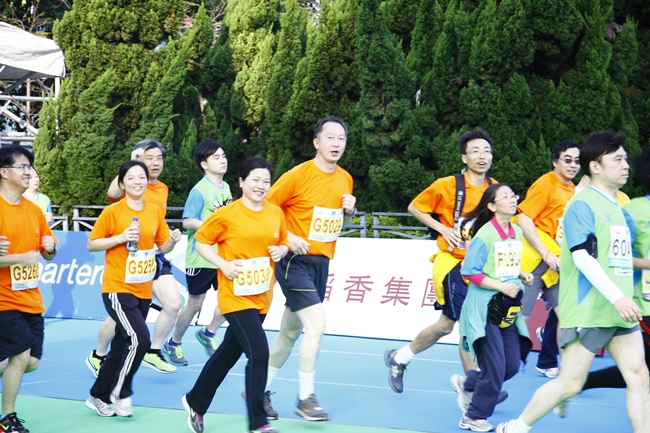 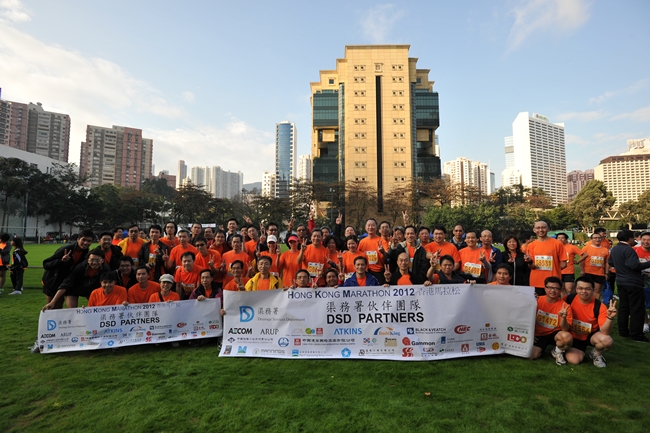 Group photo of DSD colleagues after the event