The chairman and three members of Tsuen Wan District Council visited the site of Tsuen Wan Drainage Tunnel on 31 August 2011.  The visit was arranged for updating the DC members with the latest progress of the works.

After a short presentation on the project background given by DSD, the DC members went to the site at Lo Wai to witness the blasting works and the associated preparation works and safety measures.  The DC members then visited the tunnel portal site at Yau Kom Tau where they were briefed on the operation of tunnel boring machine and main set-ups such as noise enclosure, spoil conveyor, muck hopper and locomotive etc.

Under the Project, a drainage tunnel of about 5.1km long and an internal diameter of about 6.5m with three intake structures and an outfall structure are to be built.  The flooding problem in the downstream urban area of Tsuen Wan can be largely alleviated when the Project is completed. The tunnel scheme was adopted with a view to minimizing extensive disturbances to traffic, local residents and commercial activities which would otherwise arise due to the need of open excavation associated with other scheme to improve the capacity of existing drainage system in Tsuen Wan unban area. 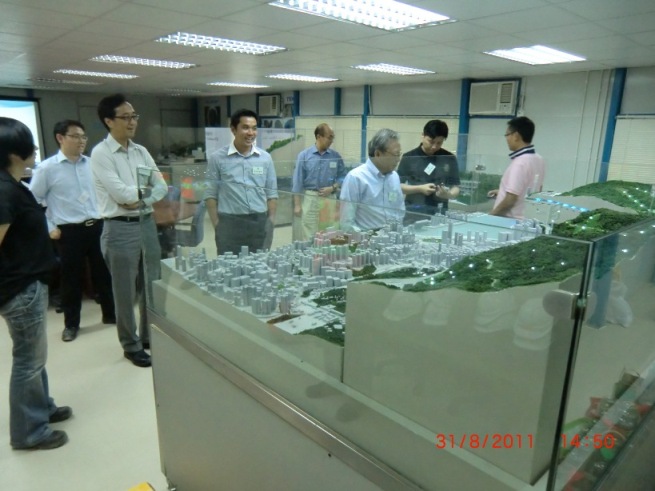 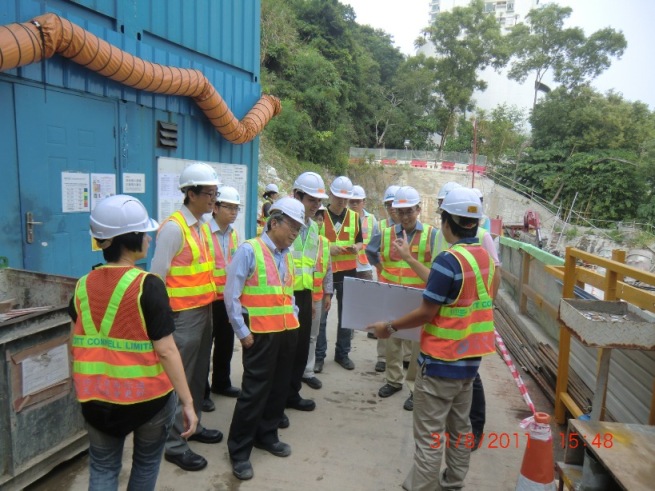 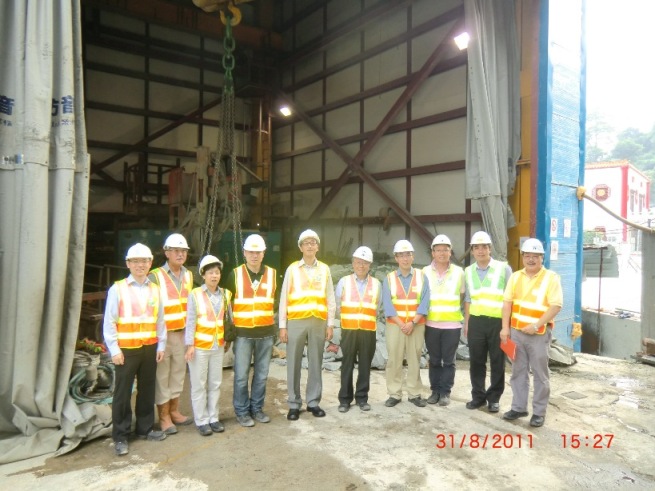