Speaking after the contract signing ceremony, the Director of Drainage Services, Mr Chan Chi-chiu, said this is the 11th major works contract awarded under the Harbour Area Treatment Scheme (HATS) Stage 2A.

"The PTWs at Sandy Bay, Cyberport, Wah Fu, Aberdeen and Ap Lei Chau will provide preliminary treatment to sewage before the sewage is conveyed via the deep sewage tunnels to the Stonecutters Island Sewage Treatment Works (SCISTW) for further treatment. The major works of this contract include upgrading of the fine screen systems and the grit removal systems, and modification of existing inlet pumping stations at the PTWs. The deodorisation systems of the PTWs will also be enhanced and increased greening areas will be provided. The contract is scheduled for completion in mid-2015," Mr Chan said.

To further improve the water quality of the harbour, HATS Stage 2A will collect the remaining 25 per cent of the sewage generated from northern and southwestern parts of Hong Kong Island. The scope of HATS Stage 2A comprises the construction of approximately 21 kilometres of sewage tunnels as well as the expansion and upgrading of the SCISTW and related preliminary treatment works on Hong Kong Island. Construction of HATS Stage 2A works commenced in July 2009 and is progressing satisfactorily. 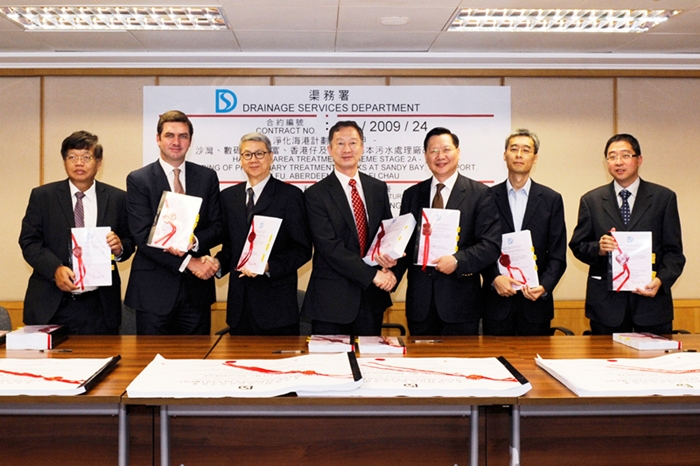