The Drainage Services Department (DSD) signed a $14.88 million contract with the Contractor ATAL Engineering Ltd. on 28 July 2011 for the supply and installation of an additional Combined Heat Power (CHP) generation system at Tai Po Sewage Treatment Works (TPSTW). The system uses the biogas generated in the anaerobic sludge digestion process as fuel to provide part of the electrical (630 kW) and thermal (680 kW) power required for the plant operation. This contract comprises the installation of a CHP generator set, a de-sulphurisation unit, a fuel conditioning system and a distribution system for the delivery of electrical and thermal power so generated. The contract is scheduled for completion in June 2013. 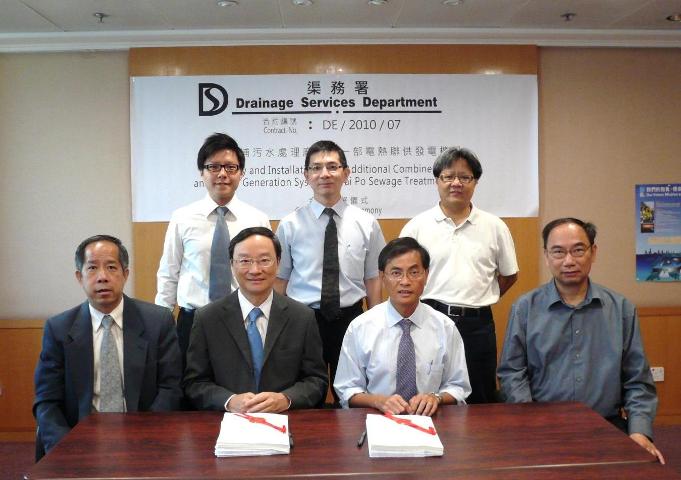