Representatives from the Project Consultants and Contractors, as well as the Chairman, Vice-chairman, members of the Sham Shui Po District Council and District Officer/ Sham Shui Po were invited to be the officiating guests of the Ceremony which demonstrates our dedication in flood prevention.

The result of Tunnel Boring Machine (TBM) Naming Competition for Lai Chi Kok Drainage Tunnel was also announced in the Ceremony. As a convention of the industry, each Tunnel Boring Machine (TBM) is named after a female figure. “Dae Jang Geum” 「大長今」was selected as the TBM name, as her attributes reflects the mission of both the TBM and the project team. The TBM is designed in Germany and manufactured in Germany and Mainland China.  It is 5.7 m in diameter, and is tailor-made for both rock and soft ground tunneling.

To relieve the flood risk in Lai Chi Kok, DSD is constructing the Lai Chi Kok Drainage Tunnel (LCKDT) at a total cost of $1.7 billion and the project is scheduled for completion in end 2012. Upon completion of the project, surface runoff from the uphill catchment of Lai Chi Kok and Cheung Sha Wan will be intercepted by the Drainage Tunnel and discharged into the harbour near Stonecutters Island, thus reducing the amount of surface runoff entering the stormwater drainage system in the downstream urban area.  Upon completion of the project, the flood risk of the Lai Chi Kok, Cheung Sha Wan and Sham Shui Po areas would be reduced significantly. 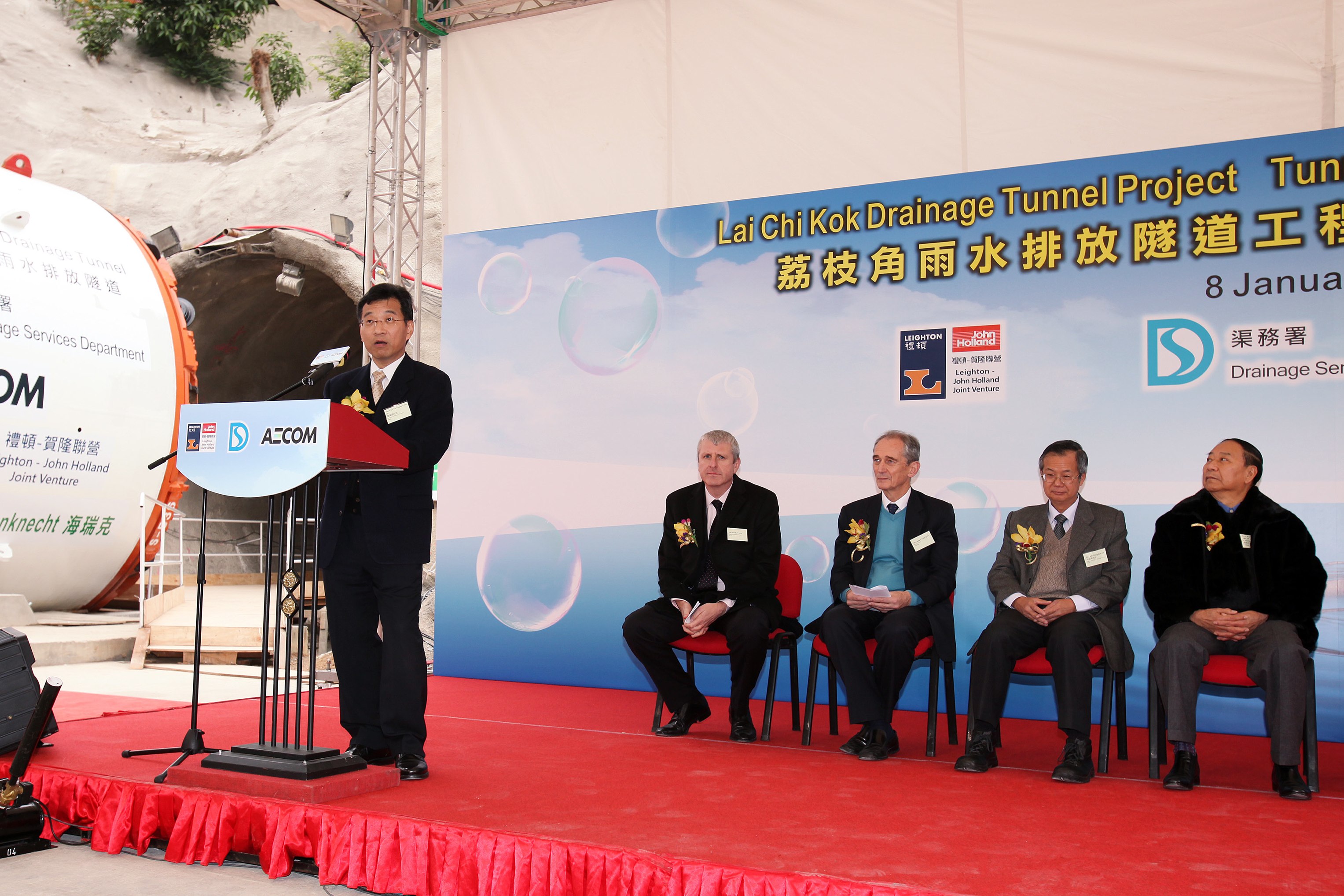 The Director of Drainage Services delivered his speech at the Ceremony 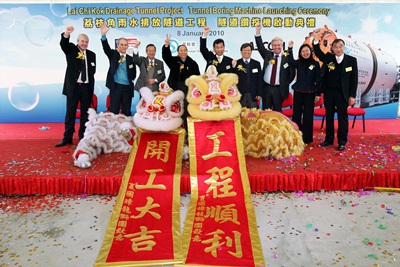 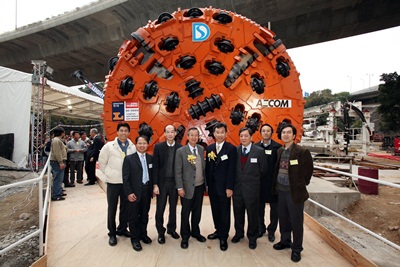 The official launch of TBM symbolize a milestone of the project