Drainage Services Department applied the “Co-settling” technology to streamline the whole sewage treatment process by providing a shortcut for portion of the surplus activated sludge (mainly residual micro-organisms) after secondary biological treatment to recycle to the primary tank.  In this way, the sedimentation, biological treatment and sludge thickening processes could be carried out simultaneously and the time and energy used in sludge treatment could be saved.  This new method also helped improve the sludge digestion efficiency which boosted up biogas (marsh gas) production and increased energy saving recovered from renewable energy, achieving double environmental benefits. The Environmental Sludge Treatment Scheme had won championship in the Technology Category of the “Innovation Award for the Engineering Industry 2012/13” presented by the Hong Kong Institution of Engineers and awarded a Merit Award in the “2012 Hong Kong Awards for Environmental Excellence – Green Innovations Awards”.

The Drainage Services Department has always attached importance to environmental protection.  Its efforts include researching for energy-saving technologies, improving sewage treatment processes, developing renewable energies and making the best use of biogas for electricity generation and reduction of carbon emissions.  This self-developed environmental sludge treatment scheme with co-settling technology successfully implemented at the Sha Tin STW saved 6.6 million kWh of energy, reduced 3,000 tonnes of CO2 emissions and 700 tonnes solid waste to landfill for disposal annually.  With a payback period of only two weeks, it is considered to be a cost-effective innovation setting a new direction for designing sewage treatment facilities. 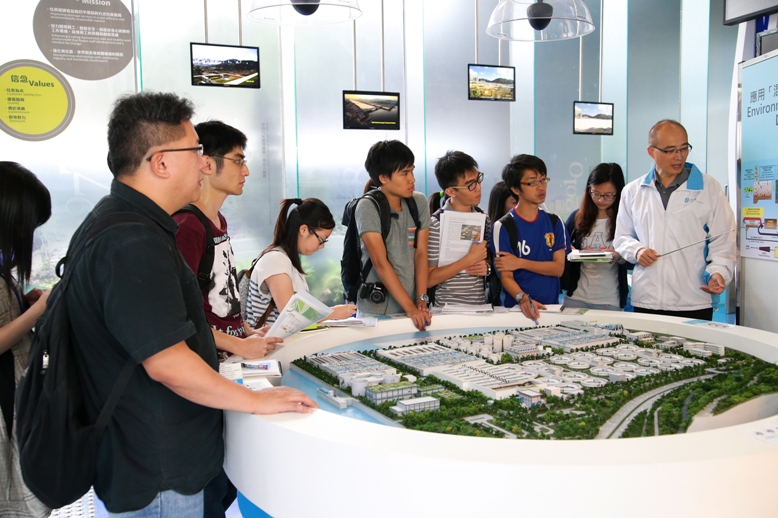 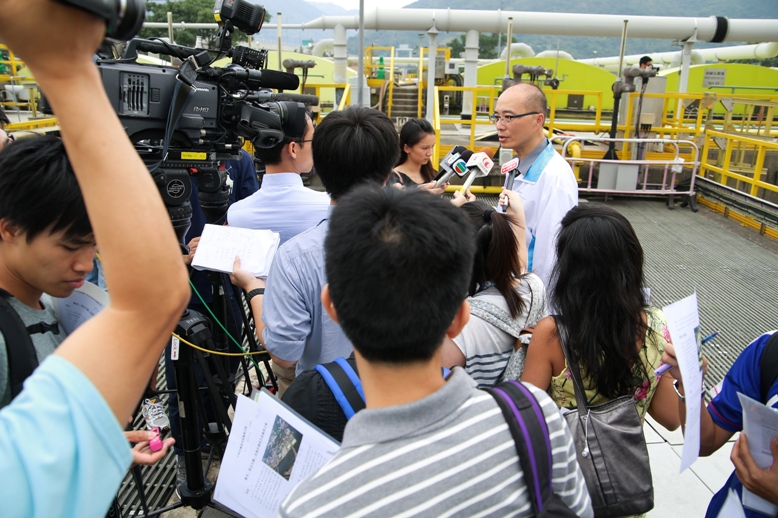 Senior Electrical and Mechanical Engineer (Sewage Treatment), Mr. Max Chiang, of DSD described the benefits of the Scheme to the media on site

For the details of the news report on the briefing, please refer to the following hyperlink:

*Acknowledge the provision of footage from the above media.