During the approaching of Typhoon Usagi on 22 September 2013, Chief Executive, Mr C Y LEUNG conducted a site visit to Kar Wo Lei, Tuen Mun, one of the six low-lying areas that are vulnerable to sea flooding during typhoon.  To alleviate the flooding risk at Kar Wo Lei, long term drainage improvement works including raising of riverbank along So Kwu Wat River and installation of non-return flap valves at the drainage outlets to prevent backflow of sea water have been completed.  In addition to the above, the concerned departments have put in place an early alert system for predicted storm surge at this location and mitigation measures will be implemented when the predicted tide level reaches the triggering level.  Such measures include standby contractor gangs, placing of water pumps and sandbags and SMS messages to alert nearby villager representatives.

Mr LEUNG also visited DSD Emergency Control Centre in West Kowloon which is responsible for coordinating all emergency clearance of blocked drains and watercourses, handling and reporting of flooding incidents and disseminating information.

"We thank all the civil servant colleagues and staff members in other organisations for their dedications to their jobs under inclement weather conditions so that Hong Kong will continue to operate in a safe and orderly manner and the impact to the public will be minimised", Mr LEUNG said. 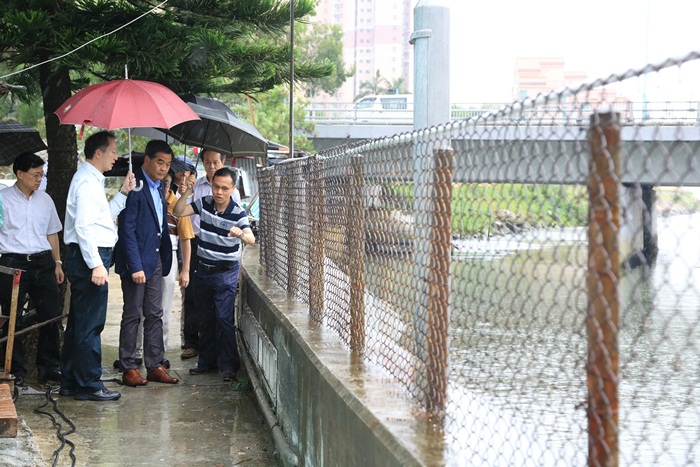 The Chief Executive Mr C Y LEUNG visited the flooding blackspot in Kar Wo Lei, Tuen Mun to see for himself the flooding prevention measures introduced by the Drainage Services Department. 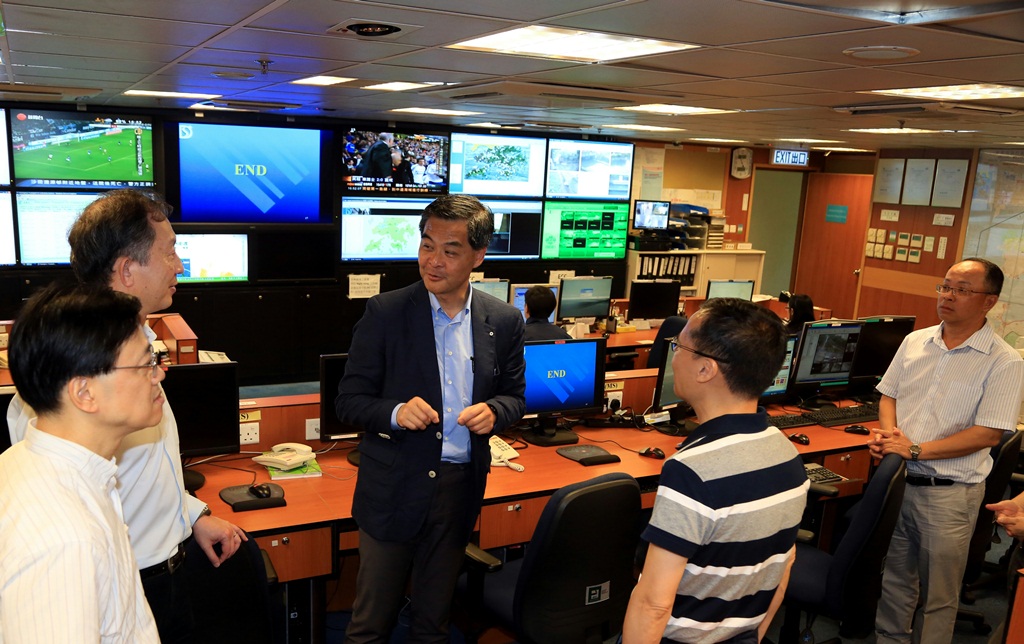 For the details of the news reports on the issue, please refer to the following hyperlinks: