In response to the policy objective of the department and the target of reducing the city’s energy intensity at least 25% by 2030 (with 2005 as the base year) announced by the Chief Executive of Hong Kong in his Policy Address 2007/08, initiated to utilize renewable energy to generate electricity in order to achieve the reduction of greenhouse gas emissions targets.

Yuen Long Sewage Treatment Works (YLSTW) is the first sewage treatment works installed with a micro-turbine generator in Hong Kong. The installation works were commenced in mid-2012 and was completed in mid-July 2013. The micro-turbine generator can generate 108,000 kWh electricity per annum, which is equivalent to the annual consumption by 12 four-member families, saving an annual electricity cost of $100,000. For greenhouse gas emissions, over 83 tonnes of carbon dioxide (CO2) emissions, which is equivalent to the CO2 absorption by 3,600 trees in a year, can be reduced. 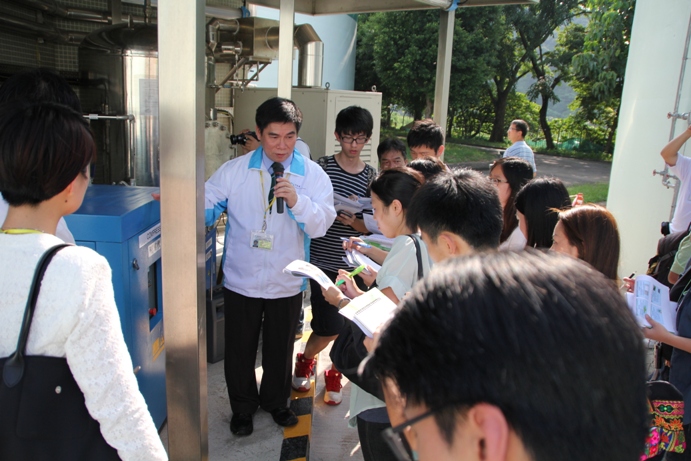 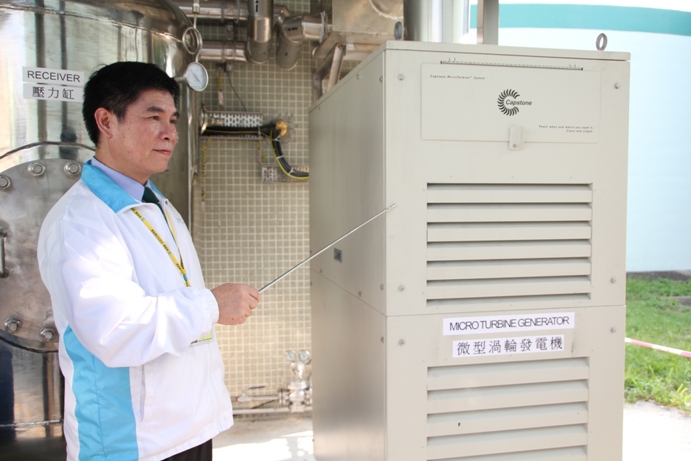