The Assistant Director (Electrical and Mechanical) of Drainage Services, Mr She Siu-kuen, held a media briefing today (February 5) on carbon audits in support of reducing greenhouse gas emission.  He introduced the Drainage Services Department’s carbon audit scheme and its effectiveness.

Carbon audit is a method to identify, account and report on the emission and removal of GHG, mainly carbon dioxide, from different processes within the boundary of the entity.  Carbon audit enables us to identify the major sources of emission and find ways to reduce them through reduction in consumption, improvement in efficiency, use of renewable energy etc.

Drainage Services Department (DSD), in response to the target of reducing the city’s energy intensity at least 25% by 2030 (with 2005 as the base year) announced by the Chief Executive of Hong Kong in his Policy Address 2007/08, initiated the formulation of a carbon audit programme for its sewage treatment works (STW) and set up a feasibility study group  in 2008, and started its first carbon audit at Sha Tin STW (the first carbon audit for STW in Hong Kong) in 2009 with the main objective to reduce the greenhouse gas (GHG) emissions.  Since then, the carbon audit is conducted annually for Sha Tin STW, and it has been extended to cover more sewage treatment facilities and planned to involve various types of sewage treatment processes.

In 2012, DSD has taken a step further in this direction by conducting carbon audits in its drainage and sewerage construction works and two projects under construction stage were chosen as pilot carbon audits.  The Contract No. DC/2010/07 – Drainage Improvement Works in Pok Fu Lam Road, Mount Butler and Happy Valley, a typical small-scaled drainage improvement works project, was chosen as the first pilot to identified ways to reduce carbon emission in construction works.  The Contract No. DC/2008/03 – Design, Build and Operate Pillar Point Sewage Treatment Works, a sewage treatment works upgrading project, was chosen as the second pilot project to assess the effectiveness of carbon reduction measures.

Since the commencement of carbon audit in 2008, DSD has so far achieved a total of about 10,000 tonnes of CO2-e reduction from its STW and construction worksite operations, equivalent to the annual carbon absorption of over 434,780 numbers of trees (enough to fill 1,110  Hong Kong Stadium).  The use of biogas at STWs can achieve a total saving of about $12 million, which is equivalent to the annual electricity costs of 1,600 four-person families.

Looking forward, DSD will conduct carbon audits at more STW and construction works and adopt carbon emission reduction measures at more of its STWs and construction sites with a view to reducing DSD’s carbon footprint, making it more environmentally friendly while also providing high quality drainage and sewage treatment services to the public.

For the details of the news reports on the briefing, please refer to the following hyperlinks: 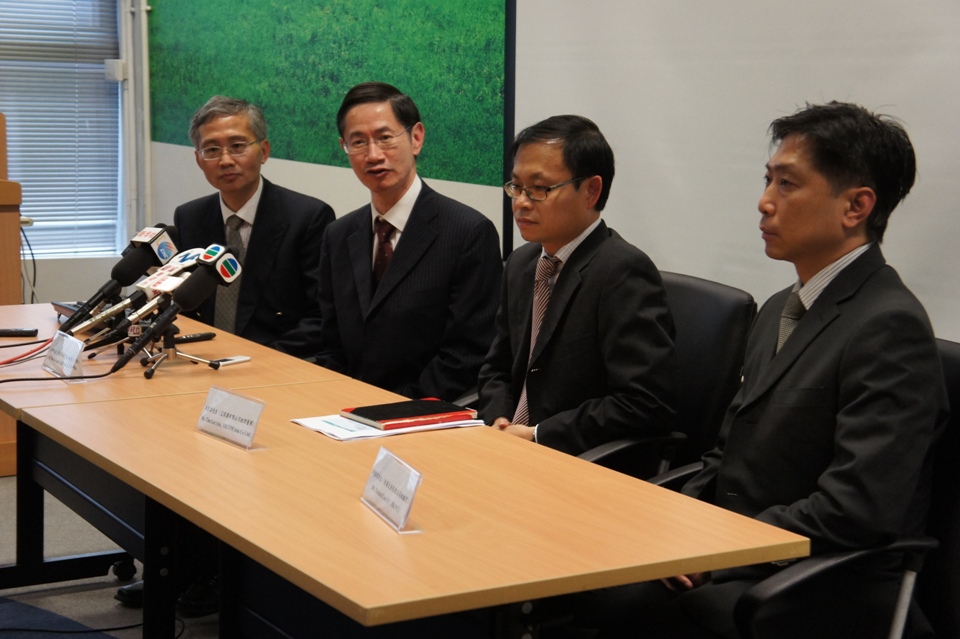 The Assistant Director (Electrical and Mechanical) of Drainage Services, Mr She Siu-kuen (the second from the left), together with other speakers, introduced the DSD's carbon audits and carbon emission reduction measures to the media

The Assistant Director (Electrical and Mechanical) of Drainage Services, Mr She Siu-kuen (right), and the Senior Chemist (Sewage Treatment), Dr Daniel Tang (left), showed the DSD's facilities for reduction of carbon emission to the media.

The green roof in the Shatin Sewage Treatment Works 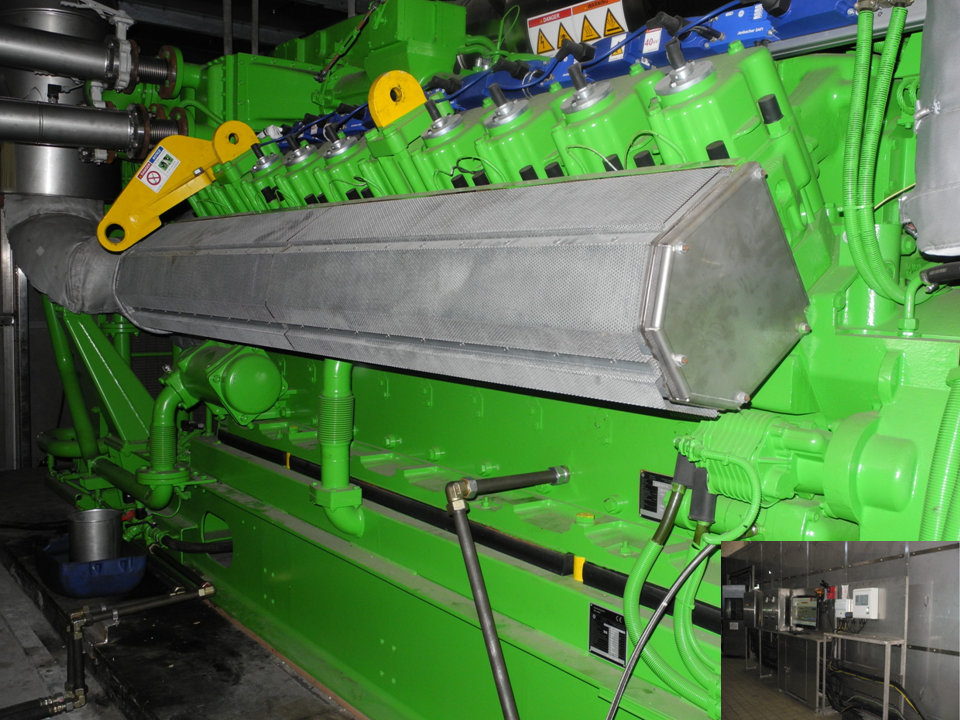