Despite the passage of Typhoon Chanthu resulted in flooding of Tai Po River during the construction.  The workforce with an unyielding belief had overcome various difficulties encountered and managed to achieve a successful completion of river improvement works by 2012 to mitigate the flooding problems in Tai Po.

Officiating at the ceremony, Mr. Chan Chi-chiu, said that this project encountered great challenges during the course of works but our workforce had endeavored to serve the community as well as the villagers. As a result, problems were resolved by mutual trust and understanding built amongst the workforce and villagers. In addition, Mr. Chan expressed his gratitude to everyone who contributed to the project.

Mr. Cheung Hok Ming, JP, expressed appreciation in participating the completion ceremony. He said that Lam Tsuen River was a major river in Tai Po running through various agricultural lands. The development of agricultural lands and inadequate maintenance of the river had worsened the flooding problems and adversely affected the villagers. With the completion of this river improvement works, the flooding situation in Lam Tsuen Valley was significantly alleviated. Mr. Cheung expressed his gratitude to DSD and the project team. 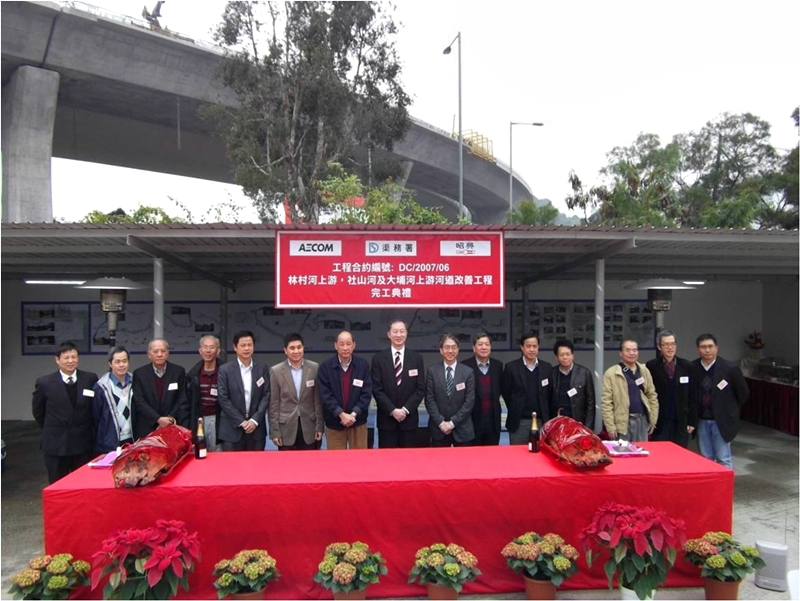 Honorary guests at the completion ceremony