The Director of Drainage Services, Mr. Chan Chi-chiu, officiated at the completion ceremony for Contract No. DE/2009/02 – Provision of Covers and Deodourisation Facilities to the Existing Sedimentation Tanks at Stonecutters Island Sewage Treatment Works (SCISTW) today (12 December 2012).  The ceremony marked the successful completion of one of the odour mitigation measures at SCISTW under the Habour Area Treatment Scheme Stage 2A.

As a long term measures to enhance the odour control at SCISTW, Drainage Services Department (DSD) has awarded a works contract in end October 2009 to provide an odour containment system to the existing 46 nos. of sedimentation tanks and related facilities.  The odour containment system, comprising fibreglass reinforced plastic (FRP) covers with total area of 25,000m2 to enclose all sedimentation tanks and related facilities, air-extraction ductwork with an extraction rate of 112,000 m3/hr to extract the air under the enclosed area and two deodourisation units using biotrickling filter technology with H2S removal efficiency up to 99% to treat the extracted air, was fully commissioned since end June 2012.  The whole of works under the Contract were satisfactorily completed in early September 2012.  Following the commissioning of the odour containment system, there has been a marked improvement on the H2S levels within and in the vicinity of the SCISTW.

“I am pleased to note that our previous commitment to Sham Shui Po District Council can be achieved ahead of time and the odour nuisance from the sedimentation tanks has been resolved.  In addition, the FRP covers have provided a new and colorful appearance to the SCISTW.  Now, what can be seen by the nearby residents at Sham Shui Po District and the road users of Stonecutters Bridge is no longer the 46 nos. of sedimentation tanks but the beautiful FRP covers with random mix colour pattern comprising three different colours.” Mr Chan said.

Before the ceremony, a site visit to the SCISTW by the members of Sham Shui Po District Council was led by Mr. Chan Pak Keung, the Assistant Director of DSD, in order to brief the DC members of the achievement brought about by the completed works. 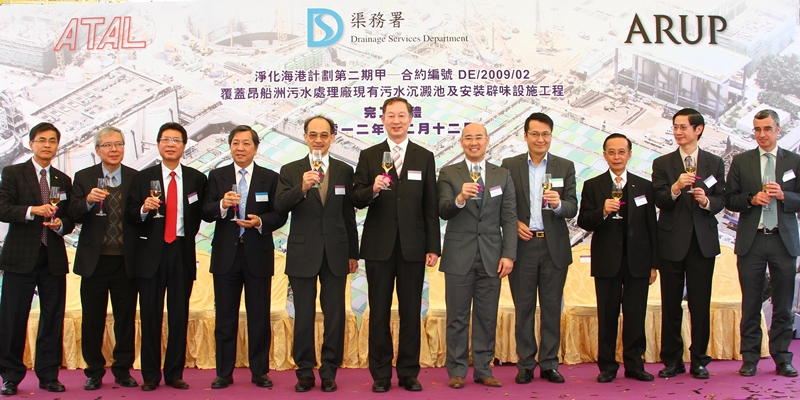 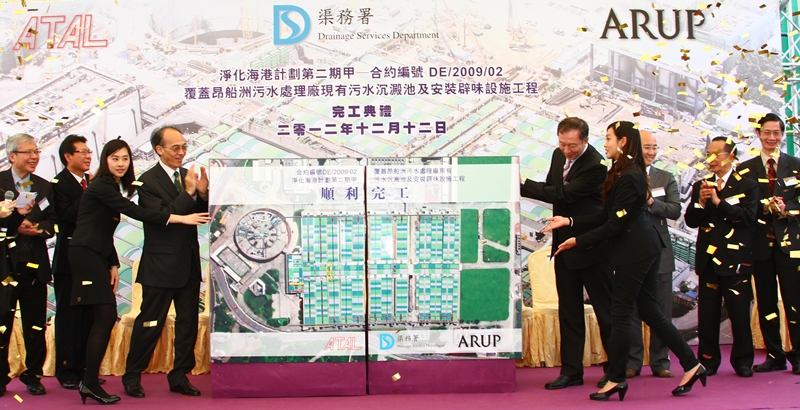 The Director of Drainage Services, Mr. Chan Chi-chiu (fifth from right), the Chairman of Sham Shui Po District Council, Mr. Kwok Chun-wah (fourth from left) and other guests officiated at the completion ceremony 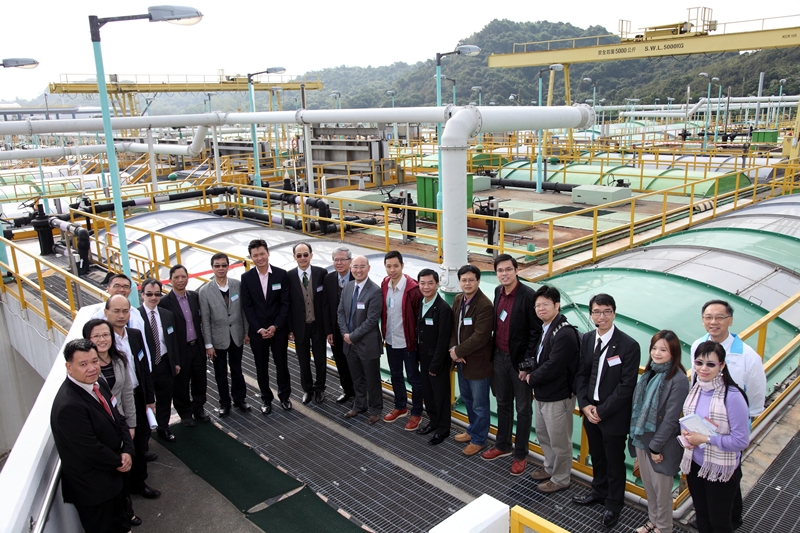 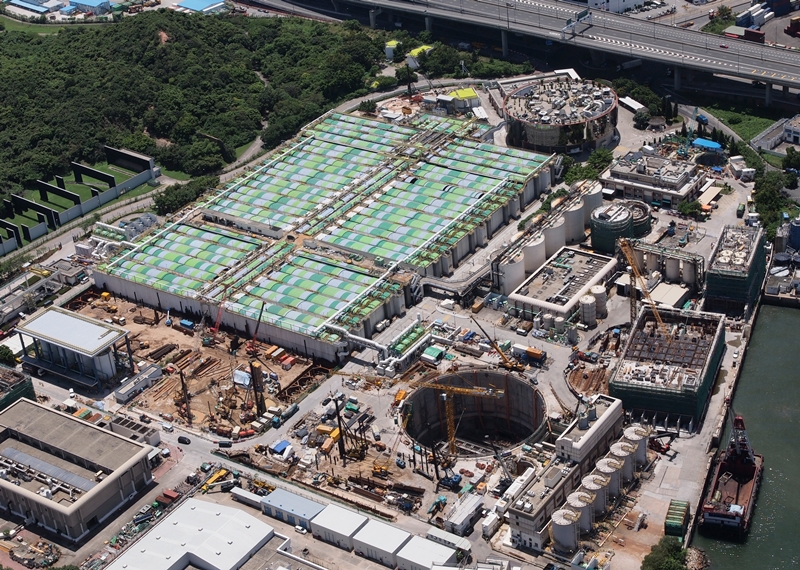