Officiating at the commissioning ceremony, the Permanent Secretary for Development (Works), Mr Wai Chi-sing, said, "The design capacity of the tunnel is over 220 cubic metres per second, which is equal to the rate of filling up an Olympic-size swimming pool in 11 seconds. Such a flow rate is the highest among all drainage tunnels in Hong Kong. The tunnel will considerably alleviate the flooding impact on the Tsuen Wan and Kwai Chung areas during heavy rainstorms."

The 5.1-kilometre tunnel extends from Yau Kom Tau in Tsuen Wan to Wo Yi Hop in Kwai Chung and is one of the large-scale flood prevention projects of the Drainage Services Department. Works for the $1.5 billion project commenced in December 2007. The tunnel will intercept surface runoff from the uphill catchment of Tsuen Wan and Kwai Chung for direct discharge into the sea near Yau Kom Tau, thereby relieving the loading of the existing drainage system in the downstream urban areas.

The Director of Drainage Services, Mr Chan Chi-chiu, who also officiated at the ceremony, said, "In order to maintain a certain stream flow for the sake of ecological balance downstream, all intakes will intercept floodwater only when the amber rainstorm signal or above is in force." He added that the tunnel scheme avoided extensive excavation on busy streets, reducing disturbances to the public. 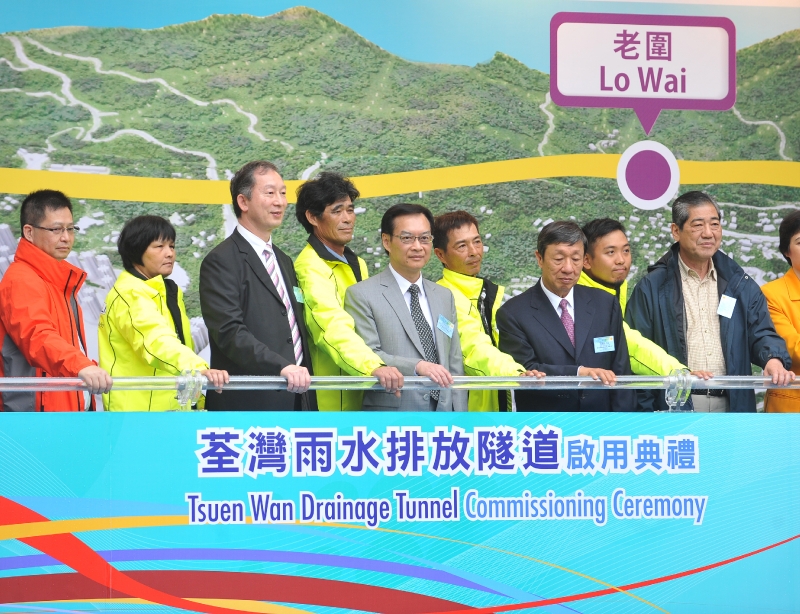 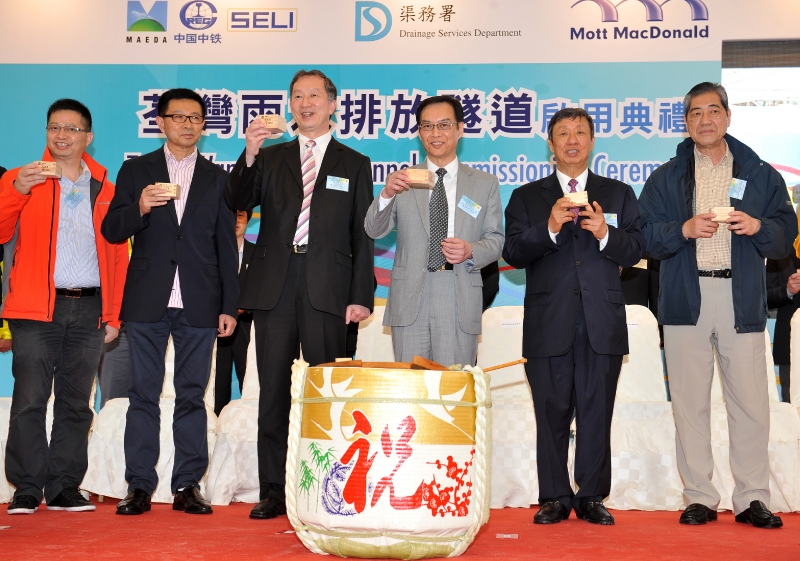