The Chief Secretary for Administration, Mrs Carrie Lam, said today (August 22) that the commissioning of the Hong Kong West Drainage Tunnel (HKWDT) is a significant step forward in alleviating the flooding risk in areas including Central, Admiralty, Wan Chai and Causeway Bay and hence the upgrading of the overall flood protection level of Hong Kong Island.

Officiating at the commissioning ceremony of the HKWDT at the tunnel's eastern portal at Tai Hang Road, Wan Chai, this morning, Mrs Lam said, "As the largest flood prevention project of the Drainage Services Department (DSD), the HKWDT's main drainage tunnel is the longest in Hong Kong and the largest in diameter. The tunnel can effectively intercept about 30 per cent of the stormwater in northern Hong Kong Island for discharge into the sea off Cyberport, bringing the flood protection level of the drainage system in northern Hong Kong Island to new heights."

The HKWDT was constructed using a number of cutting-edge technologies. In order to minimise the disturbance caused by road excavation in urban areas for constructing sewers, a tunnel was built at the Mid-levels for intercepting and channelling stormwater. To shorten the construction period, tunnel boring machines were employed to excavate the main tunnel while the drill-and-blast method was applied simultaneously for excavating multiple adits, which was unprecedented in Hong Kong. The project has also for the first time extensively used the bottom-up excavation technology for excavating drop shafts, allowing excavated spoil to be carted away through the tunnel. This greatly reduced construction noise and dust, and the vehicular flow of construction trucks on roads, thus improving nearby environmental and traffic conditions during the construction phase. As a result of the use of these innovative technologies and the exemplary achievements in tunnel construction, the project won the International Tunnelling Award 2011, organised by British engineering magazines New Civil Engineer and Ground Engineering.

The $3.4 billion project, which commenced in November 2007, comprises an 11-kilometre-long main tunnel extending from Tai Hang to Cyberport, adits measuring 8km in total length, and 34 intakes at ground level.

Co-officiating at the ceremony, the Secretary for Development, Mr Paul Chan, said, "The DSD has made remarkable achievements in the past 20 years in formulating flood prevention strategies and implementing related works. Taking the latest land development plan and various factors such as climate change into consideration, the department is now reviewing the drainage master plans throughout the territory in phases in order to identify further improvement works."

A number of large flood prevention projects under the DSD are due for completion in the near term, including the Lai Chi Kok Drainage Tunnel and the Tsuen Wan Drainage Tunnel. Advance works for the Happy Valley Underground Stormwater Storage Scheme were launched in 2011. These projects will further enhance Hong Kong's overall ability to withstand flooding. 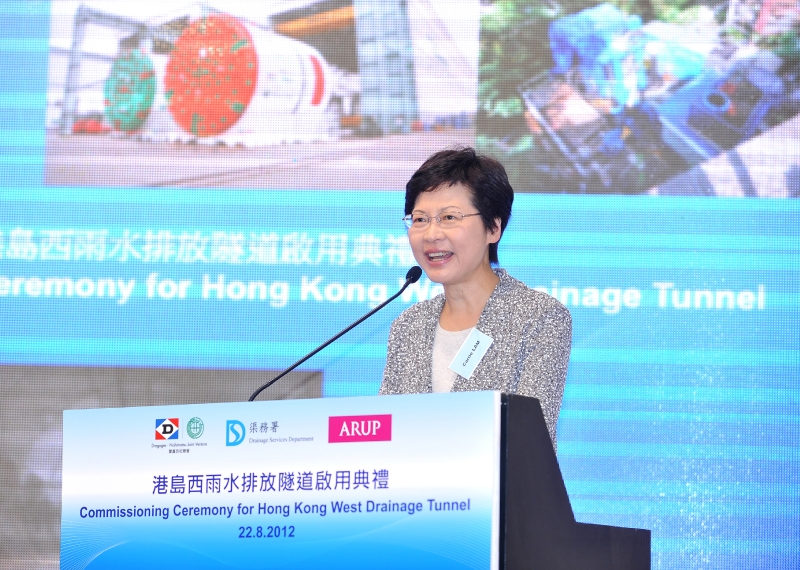 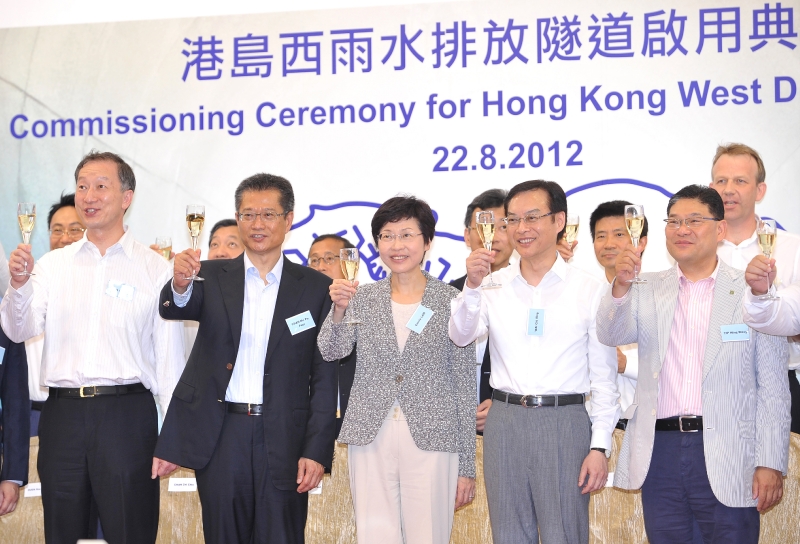 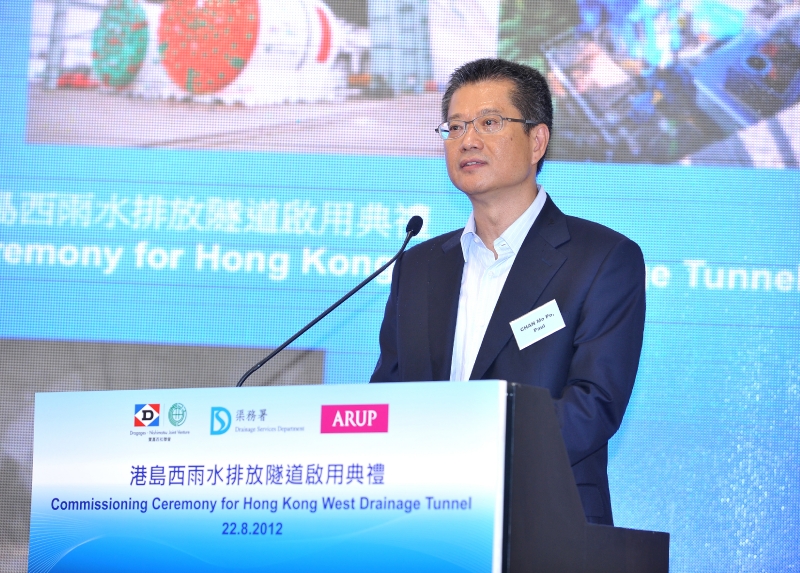 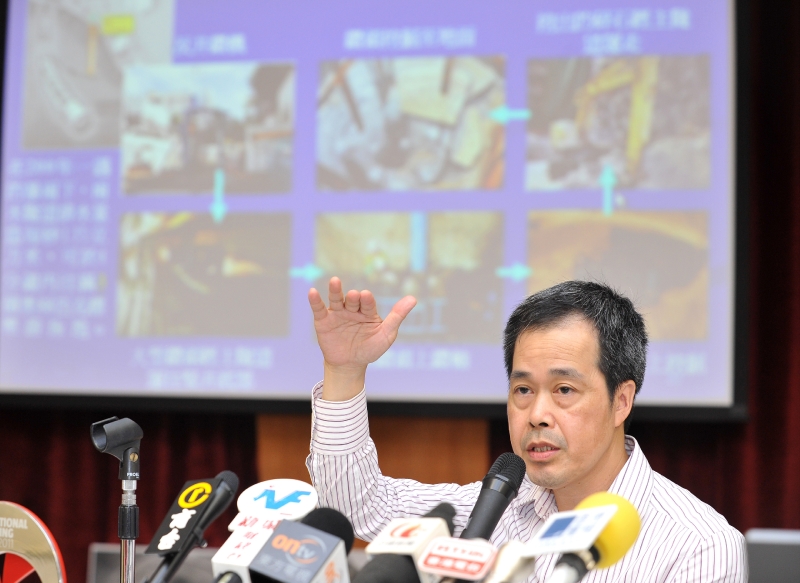