A spokesman for the Drainage Services Department (DSD) said today (March 29) that under the impacts of climate change, heavy rainfall due to extreme weather will become more frequent. In order to enhance the overall drainage capacity of Hong Kong, the DSD will strive to adopt new technologies to improve the efficiency and safety of the maintenance works for drainage facilities.

The spokesman appealed to the public to keep drains clear at all times and prevent the blocking of drainage intakes. The public should immediately call the 24-hour Drainage Hotline at 2300 1110 if abnormalities with the public drainage facilities are found.

The spokesman said, "The DSD brought in the river desilting robot in December last year which desilted a section of Tuen Mun River underneath Tuen Mun Station (operation video). The robot collects silt by suction, which is similar to the operation of a vacuum cleaner. The operator remotely controls the robot on a temporary working platform via a console. The silt is located by the closed-circuit television and sonar device installed on the robot and dewatered at the temporary dewatering tank before it is transferred off site."

The DSD has also piloted a remotely operated pipeline inspection robot to assist in the investigation of the structural integrity and service condition of underground drains, which helps with the maintenance and upgrading of drainage systems in a timely manner. The pipeline inspection robot is a vessel equipped with a 360-degree high-definition camera and a sonar device. The robot can operate within a drain remotely without flow diversion. The data collected can help with the formulation of desilting and maintenance works. The high-definition camera is used to inspect the condition of the pipeline structure above water level, and the sonar device is used to detect the profile of the siltation.

The pipeline inspection robot completed an inspection with CCTV and sonar of a 1.8-kilometres sewage tunnel in Tseung Kwan O on January 15 this year, breaking the record in Hong Kong.

The spokesman said, "The river desilting robot and the pipeline inspection robot can greatly reduce the safety risk of workers by remote operation. The DSD expects the applications of such technology can be further extended to the maintenance works of other rivers and pipelines upon the gathering of data and experience from these trials."

The relevant article was published on HKSAR Government Press Releases: 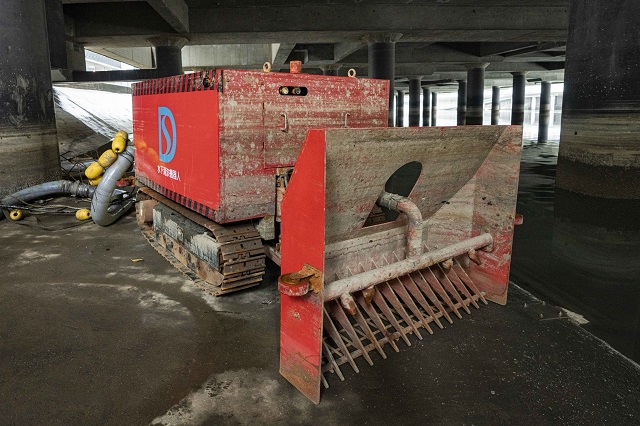 The Drainage Services Department (DSD) strives to adopt new technologies to enhance the efficiency and safety of the maintenance works for drainage facilities. Photos shows the river desilting robot recently procured by the DSD. 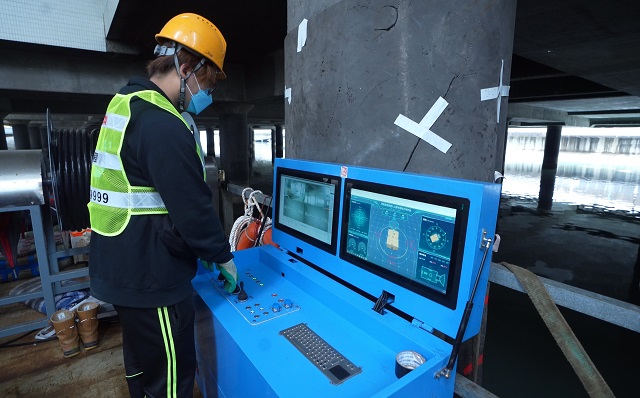 The Drainage Services Department (DSD) strives to adopt new technologies to enhance the efficiency and safety of the maintenance works for drainage facilities. Photo shows the operator remotely controlling the river desilting robot from the working platform. 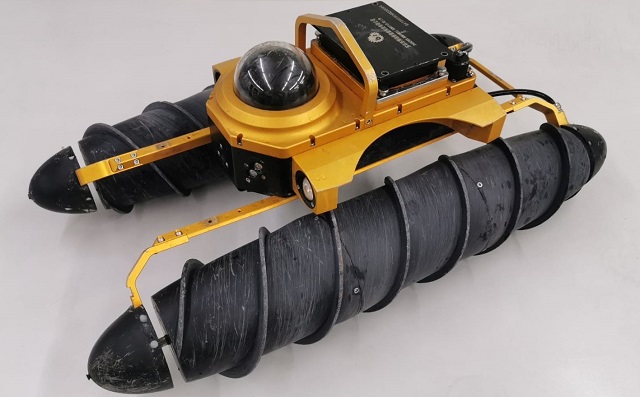 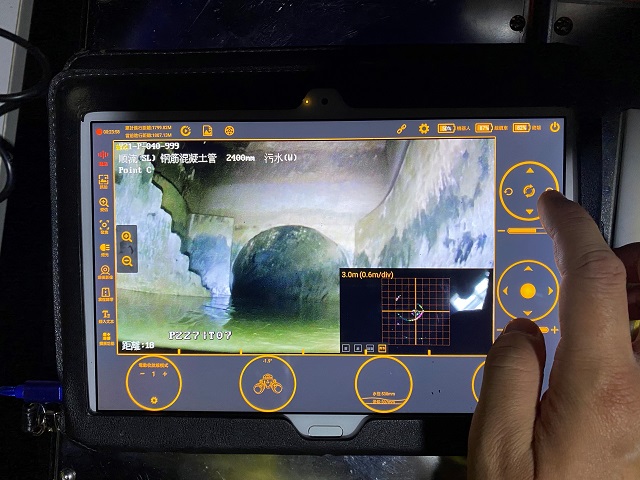 The Drainage Services Department (DSD) strives to adopt new technologies to enhance the efficiency and safety of the maintenance works for drainage facilities. Photo shows the camera and sonar system of the pipeline inspection robot, which enables the operator to remotely inspect the condition of the pipeline structure.