Sheung Wan is one of the earliest settlements in Hong Kong. Most of the infrastructures including the existing drains in the district were designed and constructed decades ago. The flow requirements and standards at that time could not cater for current urban development.

The areas of Bonham Strand, Wing Lok Street and Man Wa Lane and their vicinity, form a low-lying area of about 10 hectares with ground levels between +2.64 mPD to +3.85 mPD. With the presence of annual high tide +2.8mPD at the water front of Sheung Wan, this low-lying area is susceptible to flooding during heavy rainstorms. Especially when high tide level is even higher than the ground level of the low-lying area, seawater may be flowed back from the outfall at the seafront and spilled over from the manholes and gratings.

Between year 2001 and 2006, there were 3 serious floodings at Sheung Wan low-lying area with maximum flood depth of up to 700mm. It seriously affected this famous shopping area for dried seafood and swallow’s nest and also the residents in the district. As such, DSD was committed to alleviating the flooding problem by implementing the “Sheung Wan Stormwater Pumping Station (SWSmPS)” and “Intercepting Drains at Queen’s Road Central”.

Design and Construction of SWSmPS

The SWSmPS project, cost around HK$200 million, was commissioned in 2009. The SWSmPS comprises an underground storage tank of 9,000 m3 (the size of around 4 standard size swimming pool), an above-ground pump house, a diversion chamber with penstocks and associated connection drainage pipes. The pump house is a single-storey structure of 5.6m high with two levels of basement and occupies an area of 448 sq. m accommodating the switch room, transformer room, water pumps, deodorization unit, etc.

The operation of the SWSmPS is simple. A diversion chamber has been constructed at the downstream of the original 2.1m diameter drainage pipe near the outfall to the harbour. It diverts the runoff collected from the drainage system in the low-lying area to the underground storage tank. At the same time, the penstocks inside the diversion chamber close and stop the back-flow of sea water to the low-lying area upstream.  Six submersible pumps housed within the pumping station will pump the stormwater collected in the underground storage tank out to the Victoria Harbour.

The intercepting drains at Queen’s Road Central were also completed at the same time to relief the loading of drainage system during heavy rain by intercepting about 30% of the surface runoff from the mid-level of Sheung Wan. This alleviates the flooding risk in Sheung Wan district. The whole drainage system raises the flood protection level in Sheung Wan to withstand rainstorms of a 50-year return period.

DSD was committed to design the pump house and underground storage tank to suit the existing site condition and the future development of the district in addition to its function in alleviating flooding risk.

After considering the concerns on possible blockage to the sea view and the need to provide more open area for public enjoyment raised from Central & Western District Council (C&W DC) and Harbourfront Enhancement Committee (HEC), the building size and height of the pump house were reduced and re-oriented. The pressurized pipes and valves and the stormwater pumps at the northern portion of the pump house are all installed below ground and covered by multipart covers such that an area of 320m2 can be opened to the public as a Tai Chi exercise area. In addition, on top of the underground storage tank, a 5,700m2 open space comprising a waterfront promenade, a plaza and a pet garden was developed with around 110 trees and over 20,000 shrubs planted. The design was supported and welcomed by the public.

Developing a stormwater pumping station in urban areas is never an easy task. Especially for this project when the pumping station and underground stormwater storage tank would occupy a water-front site earmarked for open space development. Extensive public consultation and statutory approvals were therefore necessary. However, it provides a good opportunity for devising a design which would integrate the stormwater pumping station with the adjacent open space. The SWSmPS won the Structural Excellence Award 2010 in the Infrastructure Category presented by the Joint Structural Division of The Hong Kong Institution of Engineers and The Institution of Structural Engineers. It demonstrated that the design and level of structural engineering for this project was supported and recognized in the construction industry. 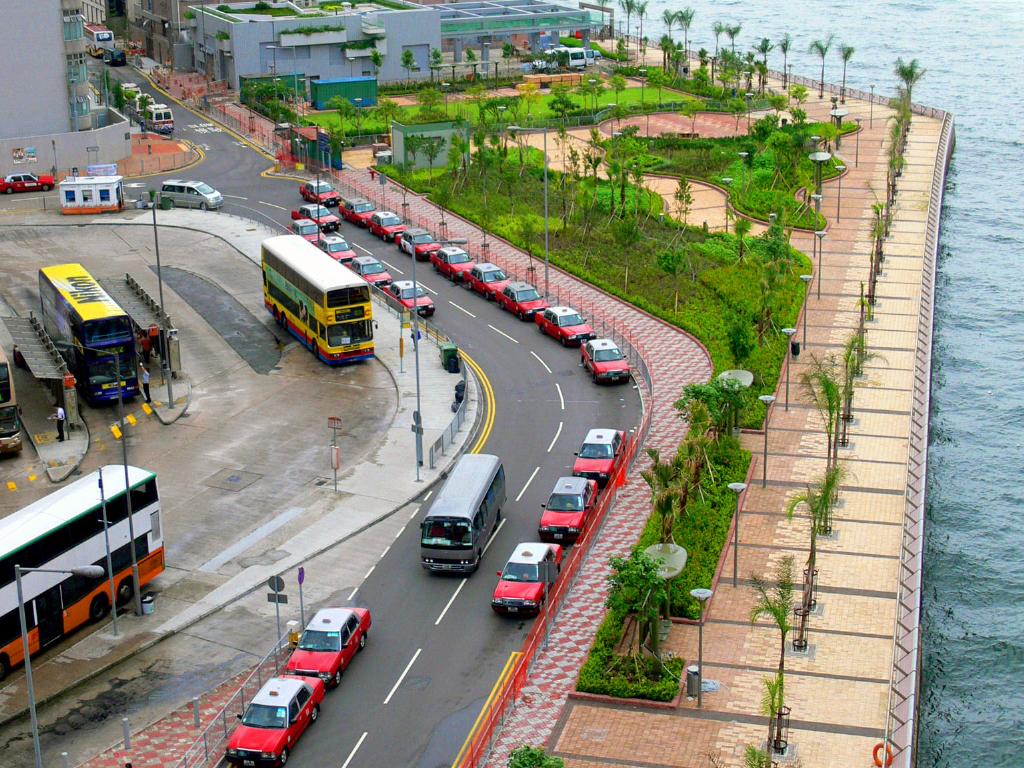 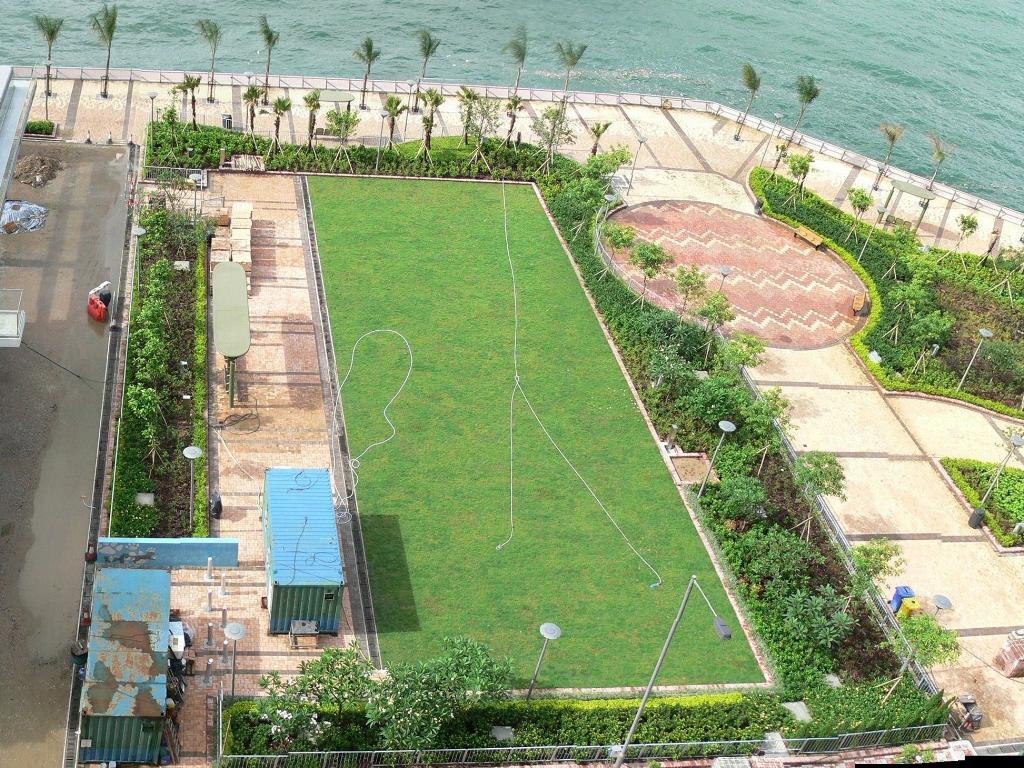 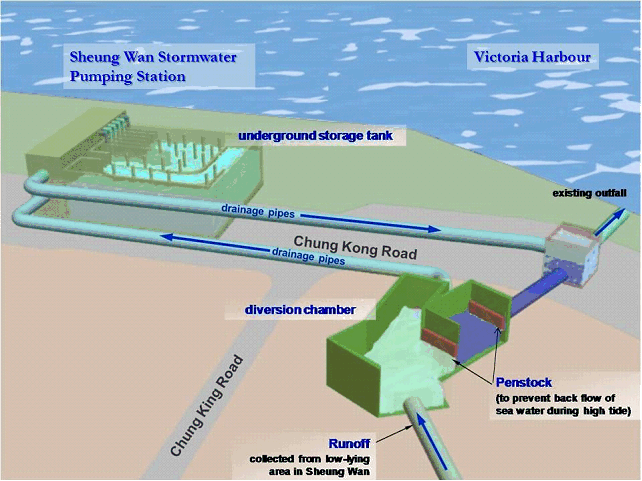