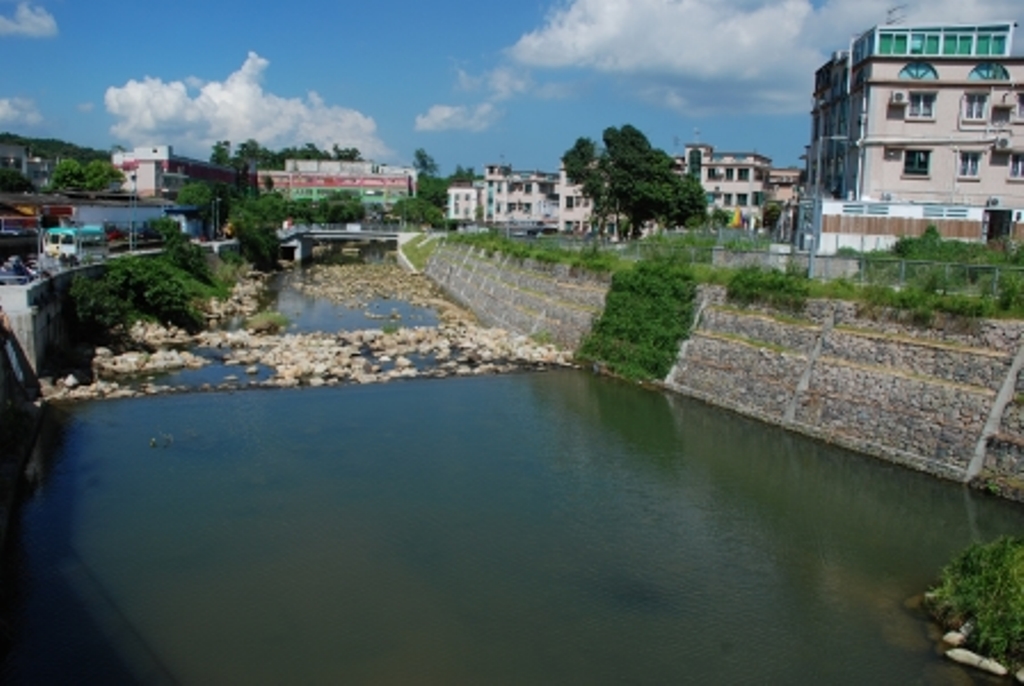 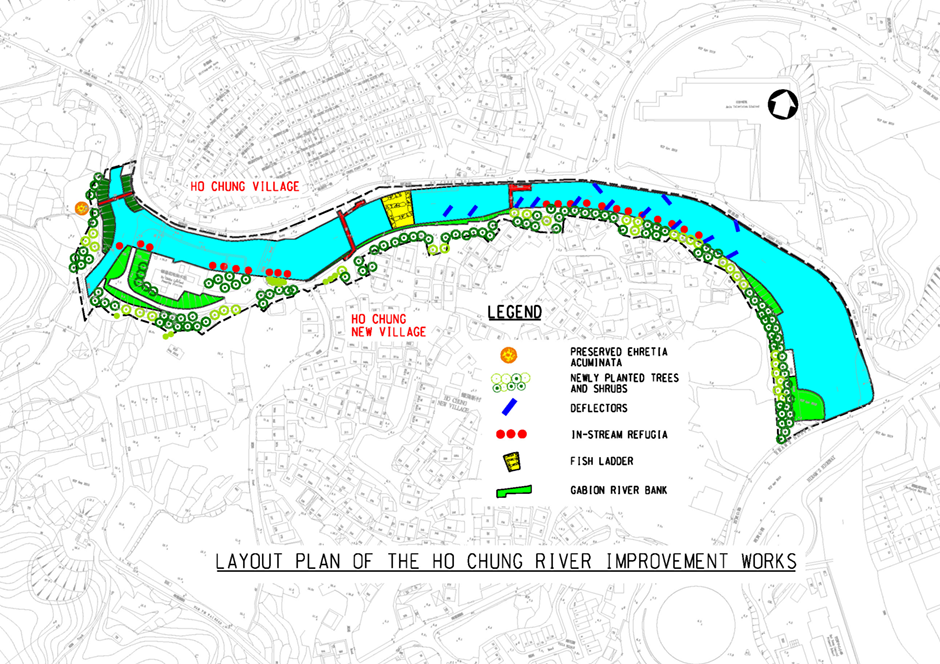 Background of the Project

The Ho Chung River improvement works are part of PWP Item No. 4120CD – Drainage Improvement in Sai Kung.  The overall cost of the project is about $160M.  The Works Contract commenced in March 2007 and completed in October 2009.

Ho Chung River is being widened to relieve flood risks, by setting back the southern bank.  New ecological features are included in this project aiming to enhance the habitat complexity and thus ecology of the river.

They are provided in the splash zone of the river wall, and serve to provide a refuge to fishes, invertebrates and other aquatic animals during times of high flow.  There are a number of refugia provided in Ho Chung River.  They are in several forms: isolated holes or sets of holes interconnected inside the bank wall. 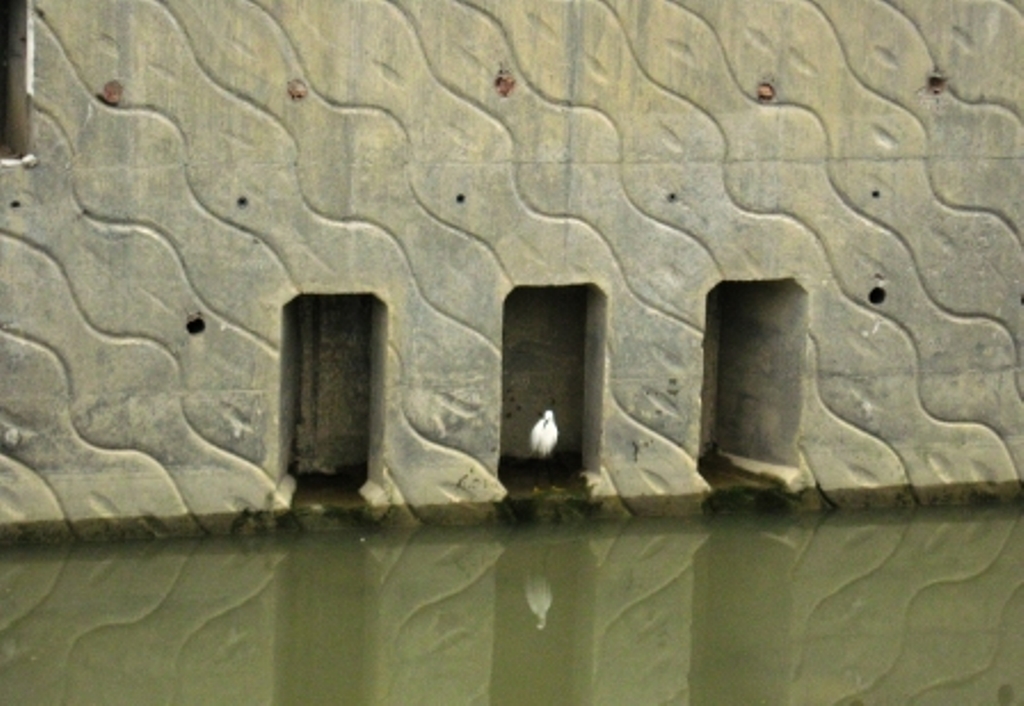 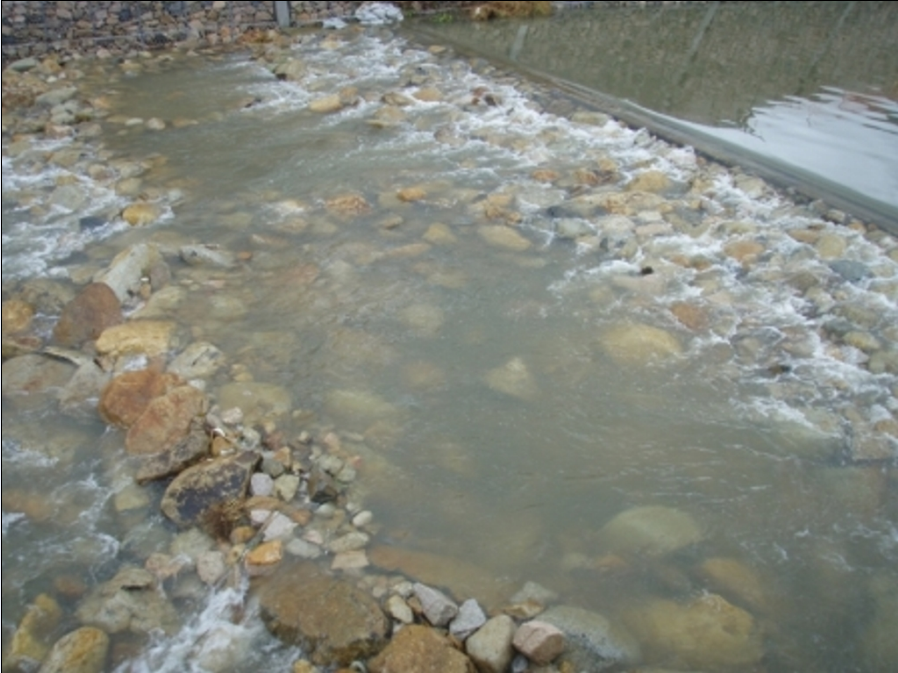 They are formed as strips of rocks aligned obliquely along the river wall.  Their lengths vary from 2 to about 4 metres.  The purpose of installing deflectors is to induce variations in flow direction and velocity, and to create zones of different water depth.  All these give rise to micro-habitats and diversity in the riparian zone for various species to establish. 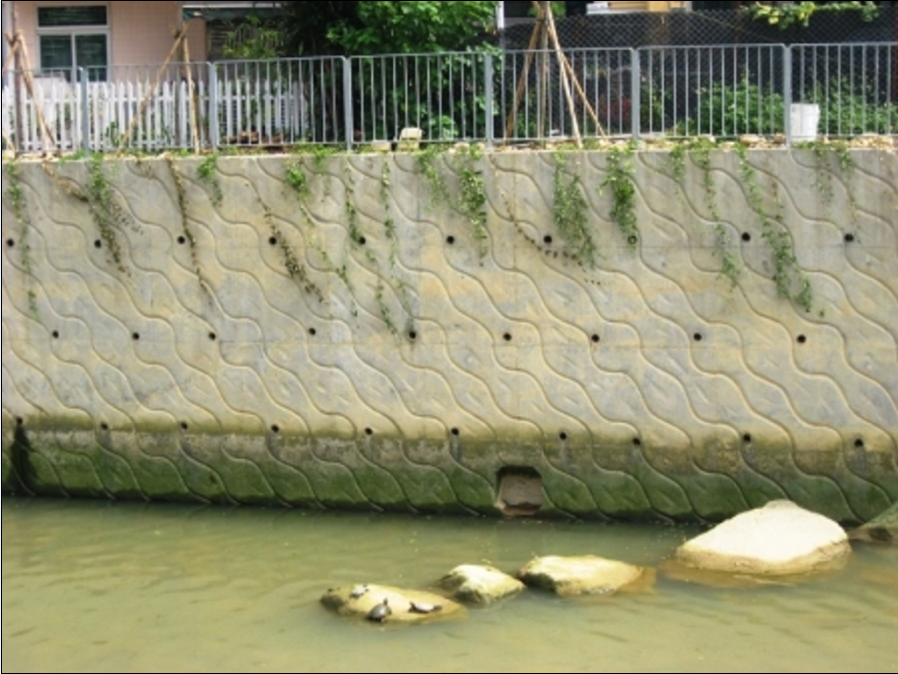 Preservation of rocks in the river for birds and turtles

Under the project, Ho Chung River was widened in order to increase its flow capacity.  In the course of this, several large pieces of rock located in the original river bank were encountered.  These rocks were left in place instead of being removed.  The effect of this on river capacity is considered acceptable, while on the other hand the rocks can serve as resting places for species like turtles and birds.

Use of natural substrates in the river bed

It is a requirement of the EIA of the project that natural substrates should be used in the widened part of Ho Chung River.  The widened part covers an area of some 7,750 square metres.  This maintains the natural benthic habitat and is conducive to enhancing the ecological value of the river.