Ready for an adventure with us to explore the first sewage treatment works housed in caverns in Hong Kong? 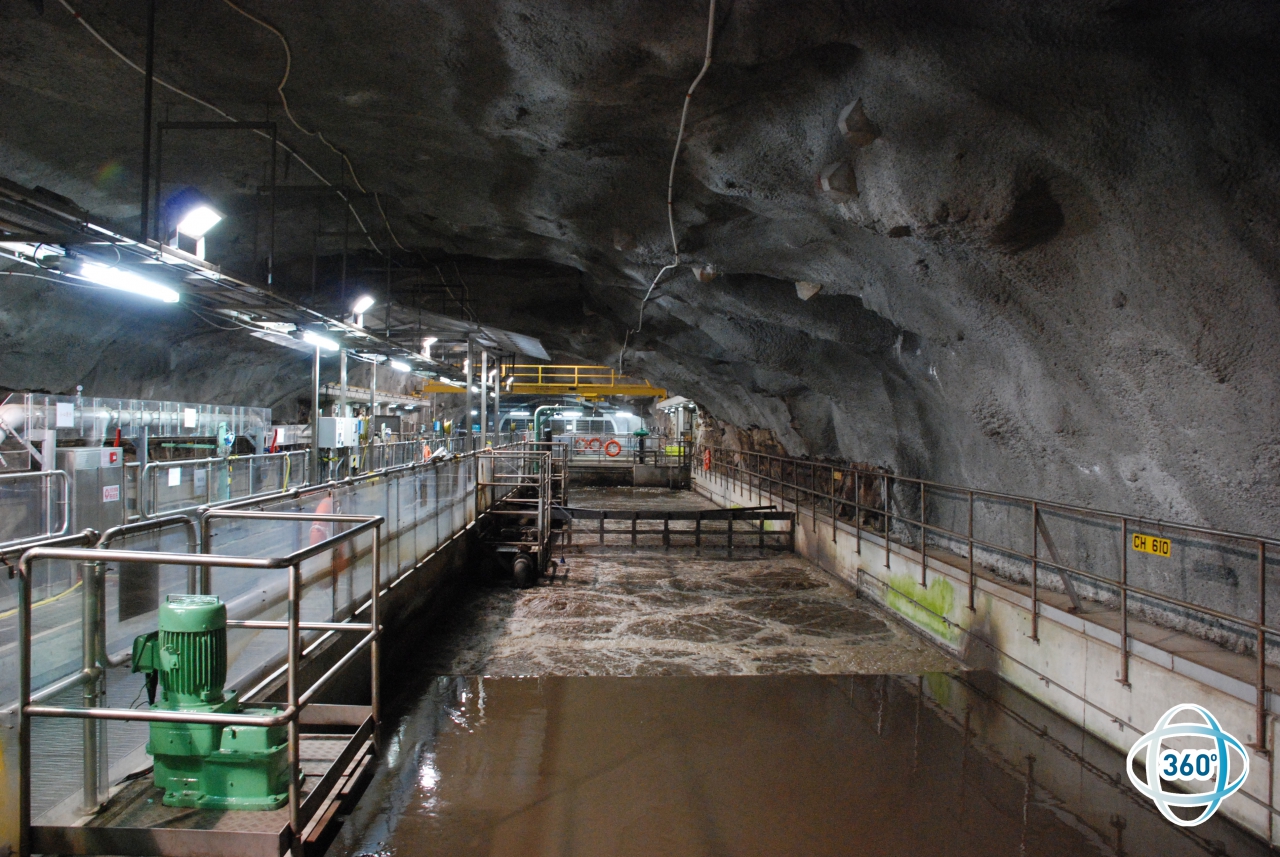 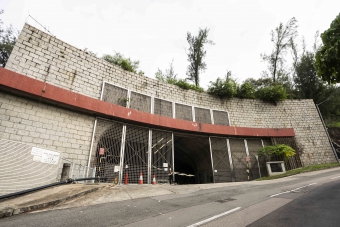 Stanley Sewage Treatment Works (Stanley STW) is a secondary sewage treatment works built in caverns. It serves a population of over 27,000 in Stanley, Tai Tam, Chung Hom Kok, Ma Hang and Red Hill areas, which currently produces around 9,000 cubic metres of sewage per day. Sewage is collected by outlying sewage pumping stations and transferred to the STW for further treatment.

To maintain the natural environment of the area, latest cavern construction technology was adopted in the design and construction of Stanley STW at the time. It was housed inside three large caverns, each about 120 metres long, 15 metres wide and 17 metres tall together with over 450 metres of access road, ventilation tunnels and shafts. Not only visually unobtrusive, the underground STW has also spared the neighbourhood from undesirable environmental impact both during its construction and daily operation. The STW was the first of its kind in Southeast Asia.

The construction of Stanley STW began in November 1990 and was completed in February 1995. The design capacity is 11,600 cubic metres per day. 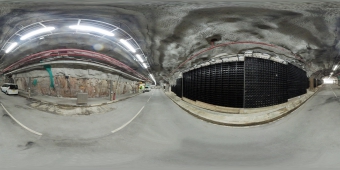 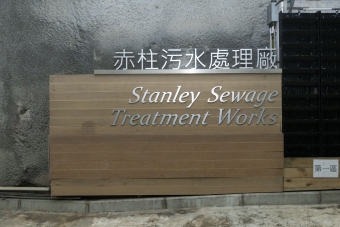 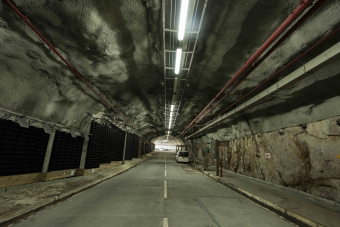 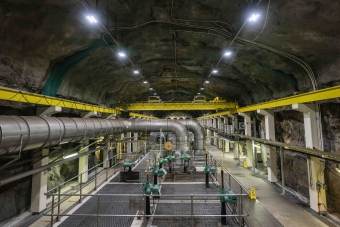 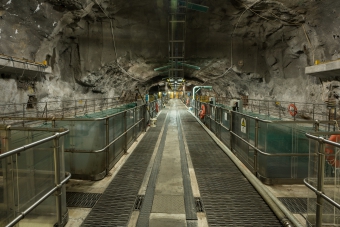 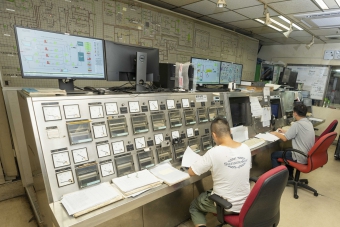 The treatment process is controlled by a sophisticated computer system. Field instruments installed at the selected locations in the treatment plant transmit information on the sewage flow, the air flow and status of various aspects of the treatment process to the system control room. The system goes through a decision making programme based on the control philosophy of each element and sends out signals to the various controlling devices to regulate operational conditions. It also facilitates convenient data display and allows plant operators to intervene the control of the process as well as outlying pumping station facilities. 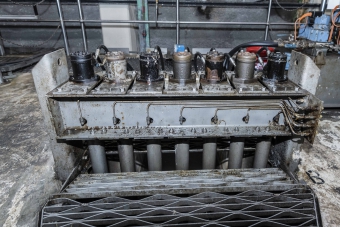 Raw sewage is first transported to the inlet works through sewer for preliminarily treatment. The main purpose of screening is to remove large objects inside the sewage to protect the downstream equipment. There are two types of screens in Stanley STW: coarse screen (with 75 millimetres spacing) and fine screen (with 6 millimetres spacing) for the removal of different sizes of objects to enhance the effectiveness and protection of electrical and mechanical equipment. 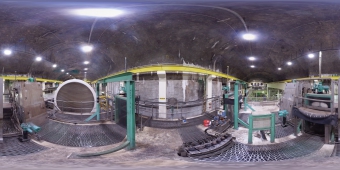 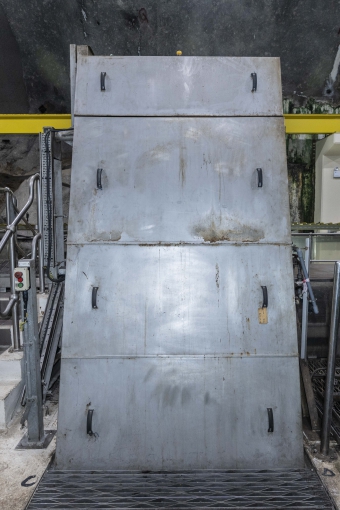 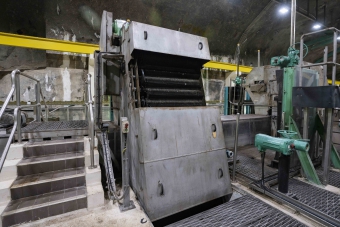 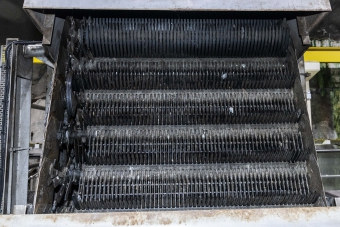 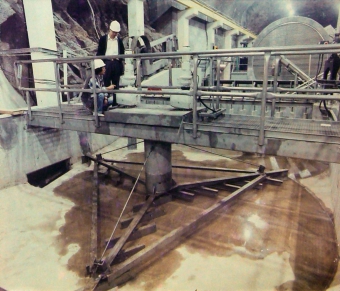 The key objectives of installing grit removal facilities are to avoid progressive accumulation of sediment in sewage conveyance system and to eliminate coarse suspended solids which may cause excessive wear or clogging. After screening, the sewage passes through a detritor, in which grit in sewage settles and grit with diameter larger than 0.2 millimetes is removed by a grit classifier. 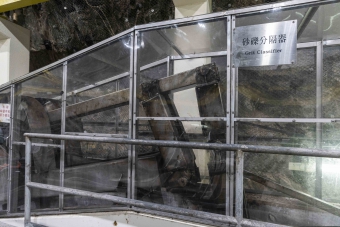 Stanley Sewage Treatment Works also adopts the hybrid bio-technology, that is, simultaneous application of activated sludge method and moving bed biofilm method, for treating sewage. A large number of 25-millimetre-diameter multi-faceted plastic particles are added to the aeration tank to serve as a "biological carrier" for the microorganisms to colonize, providing more living area for the microorganisms, thereby increasing the efficiency of sewage treatment. 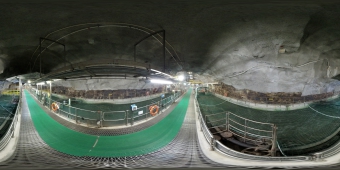 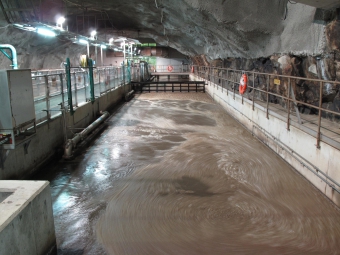 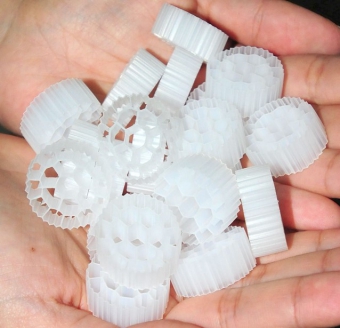 “Biological Carrier” in the Aeration Tank 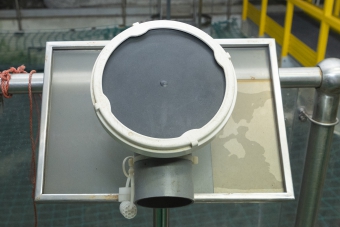 Air Diffuser in the Aeration Tank 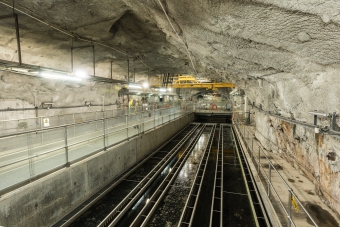 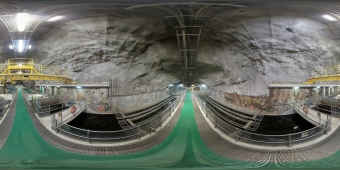 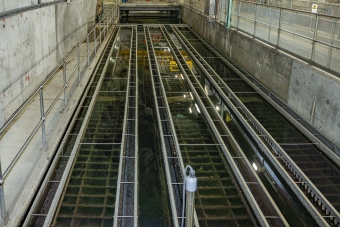 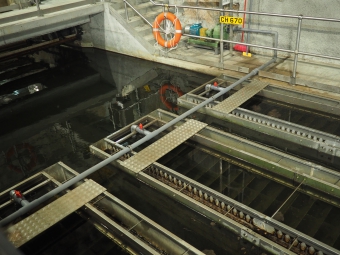 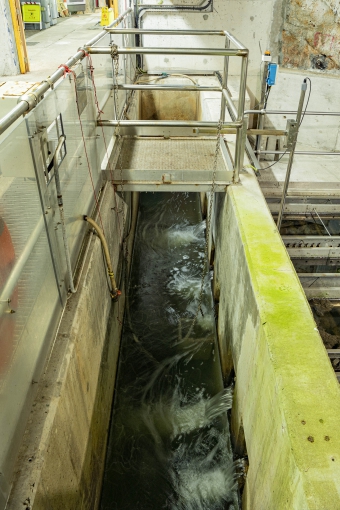 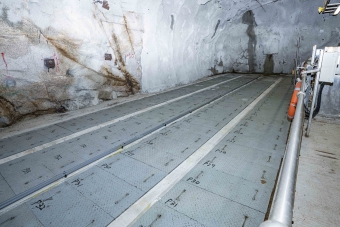 Finally, the disinfested effluent is discharged to the waters southeast of the Stanley Peninsula via a 0.6 metres in diameter, 2.3 kilometres long submarine outfall. 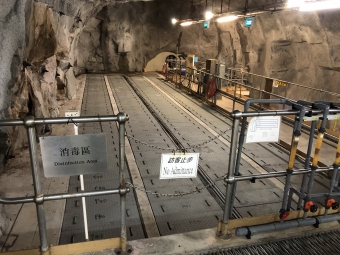 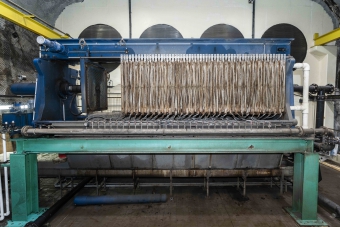 The settled sludge and scum collected at final sedimentation tank will be pumped to holding tanks and mixed with polymer before dewatering by membrane filter press to achieve a minimum dryness of 30%.

The dewatered sludge would then be transported using sealed containers to T•PARK sludge treatment facility. The capacity of each sludge skip is 10 cubic metres. 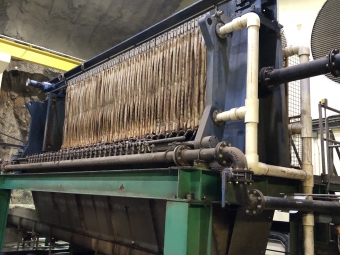 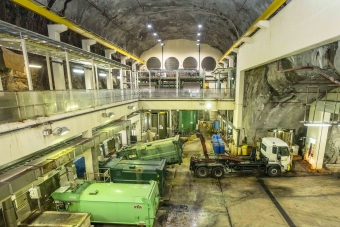 Schools and relevant organisations are welcome to visit Stanley Sewage Treatment Works through prior application. For details, please visit the following website: